Sir Alex Ferguson's long memory could not recall a better goal at Old Trafford. Wayne Rooney does not go back as far but had no hesitation in declaring it the finest of his career.

They were debating the moment 78 minutes into the Manchester derby when Rooney cast aside a season of relative under-achievement and occasional animosity with a strike that had a fitting home in the self-styled "Theatre Of Dreams".

Rooney's overhead kick that gave Manchester United a 2-1 victory over neighbours Manchester City was not simply confirmation that he remains England's most natural, instinctive talent. In the context of the Premier League title race it may prove priceless.

Ferguson and Rooney were still on a high from the manner of that decisive goal, but it was a piece of individual brilliance that deserved every word of the post-match hyperbole.

David Silva's fortuitous equaliser had given City renewed momentum after Nani put United ahead against the run of play just before half-time. Roberto Mancini's side had the scent of only their second win in 27 Premier League visits to Old Trafford in their nostrils. 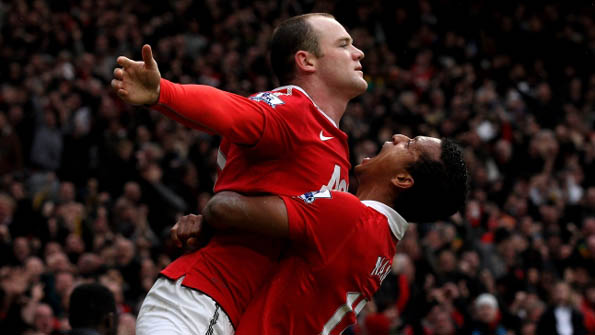 At least they did until Rooney did something that every United fan who witnessed it will recall forever, every neutral who was party to it will treasure and even City's supporters may secretly admire once the pain it inflicted subsides.

Readjusting his position to compensate for a cross that was high and behind him, Rooney performed a triumph of touch, technique and athleticism to flash a right-footed bicycle kick high and wide of motionless and startled City keeper Joe Hart. It is a story that deserves telling again in full because it will be repeated for years whenever Manchester derbies are discussed.

Manchester United's Academy Director Brian McClair craned his neck to view monitors in the press box before a grimace and a shake of the head that demonstrated almost disbelief as well as admiration.

There was a sub-text to Old Trafford's ecstatic celebrations. Rooney's goal won a derby and straightened United's course towards another Premier League title, effectively killing off City's hopes of claiming the crown at the same time.

It proved once again, in this unpredictable season, that United still have the knack of champions that ensures they score and win games at just the right time, even when opponents match them, as City did and more besides here.

And for Rooney, it was the moment he once again felt the unconditional love of Old Trafford after the relationship was strained in the aftermath of his ham-fisted declarations of discontent earlier this season.

If any wounds or ill-feeling remained from those traumatic few days when Rooney looked on his way out of Old Trafford, perhaps even for Manchester City, the healing process was complete in the time it took him to take off and apply his acrobatics to Nani's cross.

He almost made it sound like the final olive branch to United's fans later - ironically in a game where he was policed and shackled almost all the way by Kompany until that single, defining contribution.

Rooney, who claimed he has not scored a goal in such spectacular style since his childhood days at Liverpool's De La Salle School, told BBC Sport: "As soon as I hit it, I knew it was in and it's definitely the best goal I've scored. It was a special feeling. The fans deserve that from me because I've not had the best of seasons.

"I know how big these games are in Manchester so I hope they enjoyed that."
Rooney announced himself to the world as a 16-year-old with a famous wonder goal for Everton against Arsenal in 2002. On Saturday night he had a goal to sit comfortably alongside it. 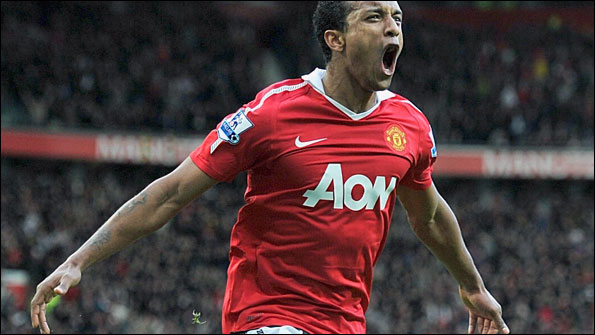 For those who continue to doubt Rooney's ability, and some of his efforts this season have given them plenty to go at, this was a reaffirmation of his importance to United. If this goal returns all the lost reserves of confidence their title aspirations will be hugely enhanced.

Ferguson relished maintaining United's four-point lead over Arsenal but could not disguise his admiration for Rooney's goal, saying: "It was stunning. Nani's goal was an unbelievable goal, but nobody in their right sense will even talk about it. All the talk will be about that winning goal - unbelievable.

"He hit a volley against Newcastle some years ago and it was that ferocity. We've had some fantastic goals here but in terms of execution, you'll never see that."

Rooney's frustration looked on the point of boiling over as his performance deteriorated - until the point when natural instincts kicked in and he scored the goal which had Ferguson lavishing such praise upon him and Old Trafford buzzing with excitement long after the final whistle.

Slipping under the radar because of Rooney's goal was a performance that will also have had Ferguson purring with satisfaction, namely from young defender Chris Smalling as he slotted in superbly alongside Nemanja Vidic, showing composure and solidity in such a testing environment.

For City and Mancini there was the familiar frustration of pushing United hard, in fact dominating them for the first 30 minutes, only to end up beaten.

He said: "When a fantastic player like Rooney scores a goal like this, you can only clap" - although there was no sign of the Italian, his players or City's fans joining in the applause and understandably so.

"It is like my first two years in Milan," added the former Inter Milan coach. "Every time we played AC Milan we didn't deserve to lose, every time we did. For the same thing to happen again is incredible. But Manchester United have such a strong mentality. Even when they don't deserve to win the game, sometimes they do."

In that sentence he summed up United's season and why they remain in pole position to land a record 19th title.

As so often with City, there was much to admire but also a sense of wanting something more from a talented squad assembled at such vast expense. Mancini is right to underscore their progress - but they came up just short again.

There might have been a different tale to tell had Silva, who gave a performance of real purity in the first half, scored with a simple early chance but with Carlos Tevez quiet City simply did not work Edwin van der Sar enough.

Yaya Toure and Kompany also excelled, but once again they left Old Trafford playing the traditional role of gallant losers despite a performance of merit.

Mancini stopped short of conceding the title later - but only just. City must now focus on a top-four finish as their title hopes have surely gone.

After the reverse at Wolves, or as Ferguson called it "a pathetic crash", United have regained lost momentum. And they did it courtesy of a goal to treasure. If United now go on to win the Premier League, then we can be fairly certain what image will be used to illustrate the pivotal point in the campaign.