Chris Hughton has brought dignity, stability and a respectable Premier League placing to Newcastle United - so it should be no surprise that his reward from owner Mike Ashley is the sack.

It sums up the twisted, madcap logic of a club that seems only comfortable with chaos and a hierarchy that has a vastly inflated sense of Newcastle's standing in the game.

Ashley's unsure touch on football matters has surfaced in the wayward decision-making of the past but, short of pleading with Kevin Keegan to return for a third term of office, few have been as unfathomable as the decision to remove Hughton less than eight months after the 51-year-old former Tottenham and Republic of Ireland defender took them back to the top tier.

Rumours have swirled around Hughton for weeks, the early whispers emphatically silenced by the 5-1 mauling of north-east neighbours Sunderland at the end of October. The delay in offering him a new contract and the failure to appoint a replacement for departed right-hand man Colin Calderwood was an ominous sign for Hughton, however, and his thanks for fine work came with his dismissal on Monday afternoon 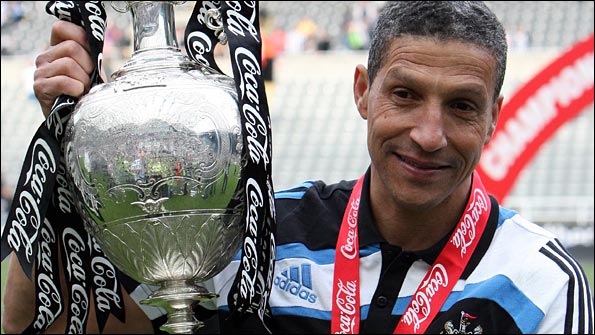 It is a shameful development after Newcastle issued a statement on 27 October insisting: "Chris is our manager and will remain our manager and it is our intention to re-negotiate his contract at the end of the year."

And it has rightly been met with instant and widespread condemnation - most significantly from Newcastle supporters who know their former manager has been badly treated.

Ashley has not been pushed into this by growing pressure and unrest from fans. Newcastle's followers have been loyal and grateful to Hughton for restoring respect to their club and for the calm and measured manner in which he guided them back into the Premier League after only one season away.

Newcastle players, according to those who should know, were behind Hughton, with both Danny Simpson and Jonas Gutierrez taking to Twitter to register their feelings.

Blackpool manager Ian Holloway has been lauded for his work at Bloomfield Road, taking the Seasiders into the Premier League and moving them into mid-table this season. Hughton has done the same, admittedly from a game more, but this is not good enough for Newcastle's owners. Nothing, it seems, ever is.

Birmingham counterpart Alex McLeish has been praised for his work at St Andrew's, and yet Newcastle are currently above them in the table. Not good enough for Ashley.

Of course, the Magpies have had poor results this season, two of them coming in successive away games at Bolton and West Brom, the latter on Sunday presumably the final straw for Ashley and his fellow powerbrokers. It should also be remembered a creditable draw against Chelsea was sandwiched between these two results.

Newcastle are what they are - a newly promoted team - and Hughton was bound to experience bumps along the way. This is the way of things. Results can be mixed and heavy defeats come along occasionally but Ashley does not appear to have factored away wins at Everton and Arsenal into his calculations, or the hammerings handed out to Aston Villa and Sunderland at home.

The good news for Hughton is that he departs without a stain on his reputation and character while Ashley will no doubt face further accusations that he is out of touch with football's realities.

The farewell statement that accompanied Hughton out of the door at St James' Park was part-praise/part-insult as it read "an individual with more managerial experience is needed to take the club forward."

More managerial experience? From the club that asked legendary striker Alan Shearer to perform his first managerial task by trying to save them from relegation at the end of the 2008/09 campaign.

Take the club forward? Maybe something has been missed along the way but winning promotion from the Championship and putting Newcastle in mid-table in the Premier League sounds like decent advancement to most observers.

And how many managers with more experience - and not many would get experience if they were treated in the same cavalier manner as Hughton - would relish working at Newcastle after this? 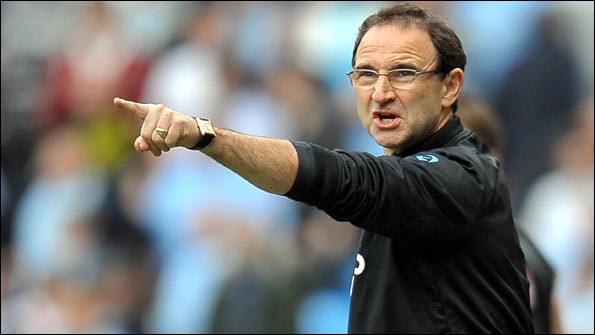 Martin O'Neill will be linked with the vacancy at St James' Park. Photo: Getty Images

Hughton was getting his experience at Newcastle, although there was always the lingering suspicion that he was not quite high profile enough for those running the club. If you wanted headline grabbing quotes or flamboyant behaviour, Hughton was not your man. If you wanted basic decency and sound managerial common sense on a shoestring budget, then he was.

We should not patronise the former Tottenham defender and sympathise simply because this is unwarranted treatment of one of the game's nice guys. We should sympathise because he has lost a job he was doing perfectly well.

Of course, Ashley could have the last word by pulling a big name out of the bag, allowing him to at least attempt to rescue something from the wreckage of Hughton's sacking, but who would that be?

Ex-Argentina coach Diego Maradona might care for a crack at it but he may feel Newcastle are just a little too dysfunctional a football animal for his delicate tastes.

Predictably, Martin O'Neill, the former Leicester, Celtic and Aston Villa manager, was at the top of the betting but would a man who is fanatical about having control over all affairs sit easily alongside Ashley? Unlikely.

And then come the usual suspects such as former Charlton and West Ham boss Alan Curbishley and Alan Pardew, who has also managed the Addicks and Hammers. Perfectly good managers but they hardly come with a cast-iron guarantee of improvement on Hughton.

There is huge pressure on Ashley and his boardroom cohorts to deliver the right man and ease the mood of unrest his decision to cut off Hughton has created at St James' Park. And Ashley's track record will not inspire huge confidence.

Hughton, meanwhile, can only reflect on what a harsh and illogical profession football management can be, safe in the knowledge that he has more than enough credit in the bank to soon be receiving offers from elsewhere.

For Newcastle, it was further proof that if there is a self-destruct button to hand, they simply cannot resist the temptation to press it.