Wayne Rooney will not only have trouble looking Sir Alex Ferguson in the eye next time they meet - he might also struggle to meet the gaze of his Manchester United team-mates.

Rooney chose to issue a carefully worded statement, which was no doubt also crafted by his powerful representative Paul Stretford, rather than face the world's media in the manner utilised so compellingly by his manager and one-time mentor.

In it, Rooney delivered the truth that dare not speak its name at Old Trafford. United, in his opinion, are no longer ambitious or alluring enough to keep him in the silverware to which he has become accustomed.

And his complaint that chief executive David Gill "did not give me the assurances I was seeking about the future squad" is effectively an attack on the quality of his United team-mates, intended or otherwise.

On that basis, with Ferguson wounded by Rooney's demand to desert his post and with the player believing United's current squad is not good enough, how can he play for the club again?

Rooney offered a hollow platitude in Ferguson's direction when he said: "For Manchester United's sake I wish he could go on forever because he's a one-off and a genius." 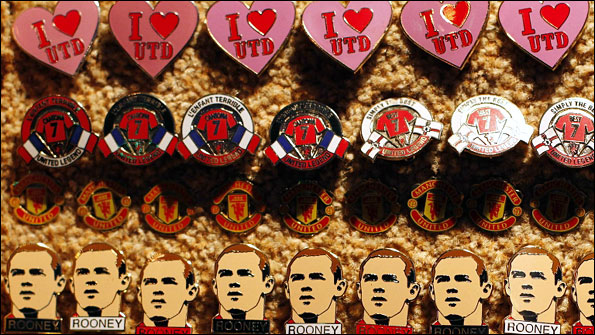 Is Wayne Rooney's relationship with United and Ferguson beyond repair? - photo: Reuters

Yes, but also a one-off and a genius Rooney presumably feels is no longer capable, for whatever reason, of maintaining the standards the England striker demands, hence his desire to leave United.

Ferguson is willing to hold the door open slightly if Rooney wants to return to the fold, but the 24-year-old's statement hints at reduced circumstances at Old Trafford these days and accusations that United lack ambition will be like a dagger aimed at Ferguson.

Dressed in politically correct phrasing it may have been, but Rooney's statement casts doubt on the ability of United, and by obvious association Ferguson, to continue to win the game's biggest prizes.

Released only hours before the Champions League game against Bursaspor, it was a slap in the face to Ferguson, his United team-mates and supporters, but is there actually a grain of truth in his words?

Some supporters, those who fear the Glazer regime is leading United towards financial meltdown, may even agree with Rooney's sentiments if they can cut through the anger and betrayal they currently feel towards their former golden boy.

I recently saw Ferguson more or less demand a retraction from a reporter who, very politely, suggested the Scot might be operating under financial restraints.

But United's failure to make the big splash with the £80m received from Real Madrid for Cristiano Ronaldo has aroused suspicions among their vast following that it has provided a timely safety net against the pressure of a club who recently, and coincidentally, announced an £80m pre-tax loss.

This has always been strenously denied. Thousands of fans have been echoing the precise sentiments aired by Rooney in their long campaign against United's current owners, but listening to it from their finest player as he announces his desire to leave is not what they wish to hear.

Fears have been growing that United's lack of serious activity at the top end of the market has been shaped by a shortage of financial muscle, despite Ferguson's insistence that it is purely down to a lack of value for money in the transfer market.

The problem for Rooney is that there is also the lingering suspicion that he has no great aversion to a huge payday elsewhere, even at Manchester City, though he was hardly going to release a statement admitting he was leaving for the money.

Rooney's response to Ferguson's disclosures in Old Trafford's Europa Suite on Tuesday will not sit easily with those who have been playing alongside him in recent months.

In admitting he sought assurances from Gill about the future squad and "the continued ability of the club to attract the top players in the world" he was showing a lack of respect to those he was going into battle with just a couple of weeks ago.

I have said myself that United's squad is not of the standard required to win the Champions League and that they will struggle to win the Premier League, but Rooney's message appears to be that while he feels he is capable of competing for trophies at the game's elite level, he is not sure about his team-mates.

This is why it is difficult to see how Rooney can return alongside those players on the same terms. How will United lifers such as Paul Scholes, Ryan Giggs and Gary Neville feel about his admission that their beloved club is no longer ambitious enough?

And even if Rooney suddenly decided he wanted to go back, would United supporters even want him after his damning verdict on what might await them in the future?

It is fair to say banners on parade at Old Trafford during the game against Bursaspor suggested there will be no forgiving or forgetting under any circumstances.

United's standing and ability to attract the world-class names Rooney truly craves has not been helped by his public assessment of their current state. All in all, not a good 48 hours for the club or the player.

I have no great sympathy for Ferguson or United when they complain about the role of agents.

Exhibit A in the argument is again the way in which they were only too happy to deal with Stretford when Rooney was ruthlessly removed from Everton six years ago.

But the last two days have painted Rooney in a particularly ham-fisted light as he, accompanied as ever by Stretford, manoeuvred his way out of the Old Trafford door with a singular lack of subtlety.

It is a view shared by former Manchester Evening News Sports Editor David Meek, who has covered United for 52 years and who probably knows Ferguson better than any other football journalist, when he revealed his near disbelief at Rooney's impending departure.

He told BBC Sport: "I have witnessed some spectacular exits at Old Trafford, such as David Beckham and Jaap Stam's but I've not seen anything like this in the last couple of days.

"I have not witnessed such a crude way for a player to depart from a club. It seems totally ignorant, the way he's gone about this."

If he travelled 35 miles up the M62 towards Goodison Park, he may find others with a similar story to tell about the manner in which he left his beloved Everton six years ago.

How Ferguson reacts to Rooney's accusations will be intriguing. He has never willingly ducked a fight and there is every chance he will take the underlying message in the statement as a personal insult, an affront as well as a challenge to his ability to create one final great United side.

Some have already suggested there was an end of an era appearance about Ferguson as he showed genuine sadness at Rooney wishing to leave Old Trafford, but the old gunslinger is just as likely to try and stick around to answer the questions raised in Wednesday's statement.

If he does, he has saved one of his greatest challenges for his last. Rooney has pointed to a lack of ability to sprinkle greatness on the squad from outside, and time alone tells us Ferguson will lose Giggs, Scholes and Neville before too long.

I was at Old Trafford recently when Ferguson confidently stated he had assembled enough good young players to see United through the next eight years, while admitting he might have to use the transfer market in the next couple of seasons to replace those great old names.

By and large Ferguson trusts his squad and he was in strident and defiant mood after the Champions League win against Bursaspor, insisting "there is not a single thing wrong at Manchester United". Rooney's words suggest it is not a trust or a view that he shares, but Ferguson will not be shifting his opinion.

And for that reason alone Rooney's statement issued on Wednesday has surely brought the curtain down on his United career.