As Roy Hodgson attempted to give his nomadic career new direction with a spell in the United Arab Emirates earlier this decade, the notion of Liverpool and England fighting for his services seemed a distant prospect.

And yet, while Liverpool close in on Hodgson as Rafael Benitez's successor and the Football Association debates Fabio Capello's future as England coach, the 62-year-old Londoner has emerged as the prime candidate for two of the biggest posts in football.

Hodgson, barring a late FA intervention, is expected to be confirmed as Liverpool boss in the next 48 hours, mainly as a result of his outstanding work at Fulham, where a rescue from relegation months after his appointment in December 2007 was followed by a dream run to last season's Europa League final.

Fulham's defeat by Atletico Madrid looks to have been his farewell to the banks of the Thames as he now prepares to move to Merseyside.

And while Hodgson's arrival may get a muted response in some quarters, Liverpool's current reality makes him the perfect appointment.

There may be disquiet among some Liverpool fans that the romantic option of Kenny Dalglish's return has not been explored, particularly after one of Anfield's iconic figures made it clear he wanted to resume the job he left in 1991. 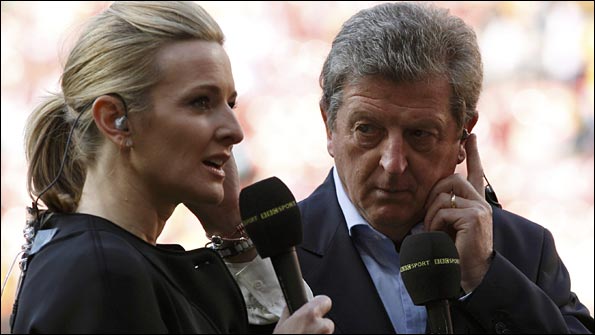 Roy Hodgson has been working for the BBC during the World Cup in South Africa. Photo: Reuters

Hodgson and Dalglish have been friends from the days when Liverpool used to warm up for title-winning campaigns by playing Hodgson's Malmo side in Sweden, so the suggestion the Scot will sulk in the background as some malign influence after missing out is unlikely.

It has been a long road from Carshalton Athletic to Anfield for Hodgson, taking in Sweden, Switzerland, Italy, Denmark, Norway, Finland and the UAE - plus a spell at Blackburn Rovers - before reviving Fulham.

He may not be the stellar name many on the Kop will have wanted when Benitez ended his six-year reign earlier in June, but Liverpool's reduced circumstances call for the sort of common sense management Hodgson can apply.

The Reds can offer any manager a rich history but what they cannot put on the table is Champions League football or vast riches to rebuild a troubled team. The idea someone of Jose Mourinho's status may have been tempted to Liverpool originated in dreamland, even before the former Chelsea manager won the Champions League at Inter Milan and moved to Real Madrid.

Boring as it might sound to some, Liverpool need a pair of safe hands that will restore dignity and credibility to Anfield after times of turbulence on and off the field.

Hodgson is a deep thinker about football and other things besides, as an avid reader of Milan Kundera, John Updike and Philip Roth. Liverpool will hope he can apply the intelligence gleaned throughout a long career to rebuild one of the fallen giants of the game.

A close study of his work at Craven Cottage confirms he fulfils all requirements at Liverpool. Listen to Anfield old boy Danny Murphy, speaking in Hamburg on the night before the Europa League final.

"The manager doesn't sprinkle magic dust on us," said Murphy. "The manager and his staff work damn hard to make sure the lads know their jobs. He does his research on players and the mentality of players who come into the club. He is a manager who organises his team well."

There are other facets of Hodgson's character that will have appealed to Liverpool's power brokers as they drew up their shortlist.

If he had any difficulties behind the scenes with Fulham's flamboyant chairman Mohamed Al Fayed, he never chose to air them in public. In contrast, Benitez's tiresome politicking added to Anfield's instability at a time when there was more than enough to go around.

Hodgson will arrive at a delicate period for Liverpool, with the search for new owners ongoing and yet to bear fruit, leaving the dysfunctional tenure of Tom Hicks and George Gillett still in place.

As someone with vast experience, Hodgson will know the obstacles that may await him at Anfield but his measured approach will suit the situation.

And, crucially in Liverpool's financial state, Hodgson has shown a sure touch when working the markets without the aid of a plentiful budget and without complaint.

He mastered the art of renewing careers at Fulham, with Murphy, Damien Duff, Zoltan Gera and Bobby Zamora prime examples. Hodgson's eye for a bargain enabled him to sign Brede Hangeland relatively cheaply and turn him into one of the most coveted defenders in the Premier League. 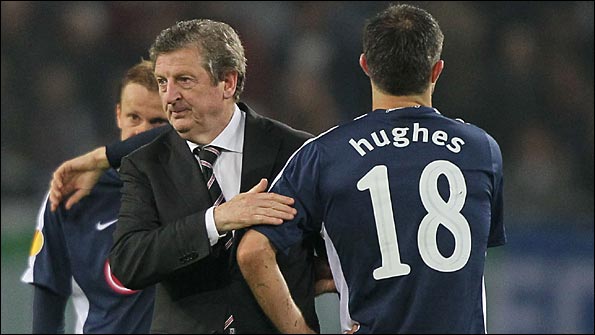 He has earned huge respect - and not only from those inside football. When Fulham beat Hamburg to reach the Europa League final, his arrival at his after-match press conference was greeted with the rare accolade of spontaneous applause from assembled journalists, such was the scale of his achievement.

And Liverpool will embrace Hodgson's ability to do his job without fuss and fanfare, just like old times at Anfield.

One of my abiding memories of last season was watching Hodgson stroll across Craven Cottage with his hand in his pocket as the old place went crazy after the victory over Hamburg. He navigated his way through the throng of players, celebrating or otherwise, lying on the turf, stopping only to console Hamburg's stars on his way off.

He will work with a small backroom staff, which Liverpool's hierarchy will find a refreshing change from the entire community that appeared to have been assembled by Benitez in his latter days at Anfield.

When Hodgson is appointed, he will need to work quickly to make changes to his squad. Fernando Torres and Steven Gerrard are seen as easy targets, with Liverpool lacking in financial resources and the appeal of the Champions League.

Persuading them to stay will be top of his list of priorities - or, if not, ensuring the best deal is done to allow him to fashion a new-look team to prepare for life without them.

Liverpool's hierarchy have been lampooned with relish amid their recent traumas but they have restored a measure of their tattered reputation with the swiftness of Benitez's departure and the good sense shown by installing Hodgson.

It ranks alongside Inter Milan as the biggest job in Hodgson's career - but his work at Fulham alone suggests he is up to the task.

Update - Thursday 0920 BST - Hodgson has been named as Liverpool manager, signing a three-year deal at Anfield.