Capello will shrug off Bridge decision

Wayne Bridge is no great loss to England, so expect coach Fabio Capello to have moved on to other business seconds after learning that Manchester City's defender had removed his "potentially divisive" presence from his squad.

For those who have been holidaying on Pluto for the past month, John Terry was sacked as England captain amid allegations he had a relationship with Bridge's former partner.

The naming of Capello's squad to face Egypt at Wembley next Wednesday was always going to be the tipping point as to whether Terry and Bridge could forge a purely professional bond.

Bridge has decided, in a statement released through his lawyers and in which he also effectively rules himself out of the World Cup, that this is impossible.

The perfect scenario for Capello, who was preparing to pick Bridge and more than likely play him alongside Terry against Egypt, would have been for the pair to put differences aside during their time with England and for his World Cup plans to continue interrupted. 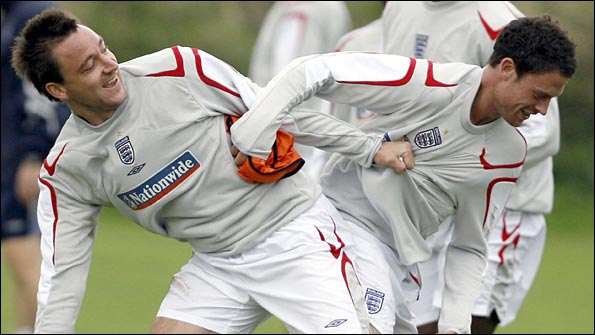 Many feel Bridge should have been able to do this and has let England down - but human nature is not like that and no-one should pass judgement on him in this very personal matter. Bridge alone has the right to make this call - and he has done so.

It is sad that Bridge has made this decision and there will be a body of opinion that suggests he should not have had to. He has made the decision now, though, and Capello and England must move forward without a backward glance towards Bridge. Brutal but a fact.

The dilemma left behind for Capello is that the Bridge problem will not be wholly removed simply by his absence. Bridge's belief that he would have been divisive suggests there may be factions in the England camp as a result of the allegations that have been made in recent weeks.

And former captain Terry will still be in the squad and seen as the figure who has directly caused the divisions Bridge was so keen to avoid. The spotlight would have been on the deposed captain in any event at Wembley - Bridge's decision to sacrifice his international career will only make it more intense.

This is the part Capello will not like and could have done without. He will not like the distraction, swirl of gossip and debate that is now likely to overshadow a game he hoped would be another important staging post on the journey he hopes will take England to World Cup glory in South Africa.

Capello will not like having to deal with what he will regard as a sideshow - but deal with it he will in the ruthless and single-minded fashion that has become his trademark. Anyone doubting this need only recall him dragging Terry from Chelsea's training ground at Cobham to Wembley for a 12-minute meeting that ended with the Chelsea defender a former England captain.

Capello will no doubt make his squad aware there can be no divisions or distractions, and anyone unable to fall in line with these orders will be shown the location of the door.

Of greater concern to Capello is how he will deal with the footballing fall-out from Bridge's decision to go into self-imposed England exile. And, although this is all very sad for Bridge, Capello has options to more than cover his absence and he will not be hugely missed, if at all.

England's left-back position is complicated by the loss of Ashley Cole, one of their few truly world-class players, to injury, although Capello hopes he will recover from a broken ankle in time for the finals in South Africa.

Bridge was arguably the next cab off the rank but was no guarantee. He has been mixed at best at Manchester City and has never been of proven international class. He has been coming under increased pressure for his place as Cole's understudy.

And now two names come to the fore as real possibles to take the place on the plane to South Africa that has been vacated by Bridge.

Everton's Leighton Baines was included in an England squad last season, and a spell of outstanding form had Toffees manager David Moyes labelling him as the club's most consistent player this season.

Merseysider Baines is a low-key, modest personality but is reliable in defence and ambitious going forward. There have been question marks about his lack of stature but stellar performances in wins against Chelsea and Manchester United recently have burnished his reputation. 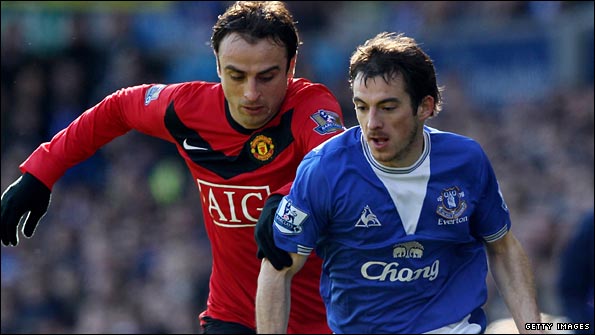 He is at least the equal, if not better, than Bridge and England's circumstances would not be reduced by his inclusion.

The other name in the frame will be Aston Villa's Stephen Warnock, who flourished at Blackburn after leaving Liverpool and has progressed even further under Martin O'Neill.

The 28-year-old Ormskirk-born full-back has had injury problems in recent weeks but is now nearing full fitness again and is another prime contender to challenge for the slot left behind by Bridge.

A modest personality like Baines, he has the assets both in defence and attack to cover for Cole at a major tournament and Capello at least has the chance to sift through all his options now that Bridge has declared his hand.

There has even been a growing lobby for Capello to use Aston Villa's James Milner as an auxiliary left-back - although he may have a crucial role to play further forward in South Africa if he maintains his current form.

And Arsenal's very gifted youngster Kieran Gibbs could have played his way into contention had he not been cut down by Standard Liege's Eliaquim Manga in the dying seconds of their Champions League game in January and been ruled out for the rest of the season with a broken bone in a foot.

Baines and Warnock are established specialists and present Capello with two talents and temperaments that are tried and trusted at Premier League level. They deserve the chance that has now arisen.

Bridge's situation will elicit sympathy, but it is unlikely too much of it will be on offer from Capello and his thoughts will have moved on almost instantly.