Gareth Barry had plenty of time to ponder his decision to quit Aston Villa for Manchester City as he flew almost 3,500 miles to Europe's Eastern extremity.

Barry was part of England's squad that travelled on Wednesday to Kazakhstan's second city, Almaty, where they will play a World Cup qualifier on Saturday night. As European trips go, this is football's longest and Barry's preparations were interrupted by a deal that will have caused plenty of mid-air turbulence among his team-mates.

Steven Gerrard had hoped the midfield partnership that is expected to propel England further along the route to South Africa in this oil-rich part of Eurasia would be transported from Almaty to Anfield next season.

Instead, almost as the words left Gerrard's lips, Barry was concluding a deal that takes him to Eastlands and a club not even in Europe next season - flying directly in the face of his long-stated desire for Champions League football. 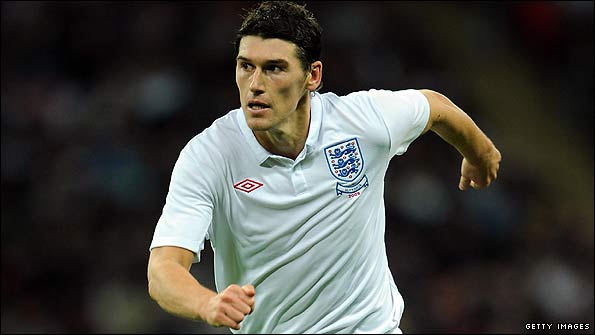 It is a move that has already left Barry facing inevitable charges that he has put money before ambition - and the word here is that Everton will soon be tested by Manchester City's financial muscle in an attempt to allow Joleon Lescott to hear the siren call of the Eastlands chequebook.

Liverpool had long been regarded as Barry's likely next destination, despite rancourous dealings between Rafael Benitez and his Villa counterpart Martin O'Neill last summer. There is even speculation Benitez made a renewed bid at the death of this deal, but the final reckoning left Liverpool nowhere as City delivered an ostentatious display of their wealth.

If City were flexing their muscles with last season's deadline day coup to sign £32m Robinho, this summer is shaping up as they time they will attempt to inflict their full force and shake up the established order at the top of the Premier League.

Barry is set for life on a five-year deal worth reportedly £25m - but only time will tell whether his insistence that he was afraid of going stale at Villa Park and was tempted by City's ambitious future plans stand up to close inspection.

The cynics, and there will be many, will take a twist on Mrs Merton's infamous question and ask: "So Gareth, what attracted you to the multi-billionaire club that could not even offer you the Europa League, let alone the Champions League?"

He will say, and there has to be some merit in this, that City's plans to at least try and beat the big four to every major talent available means he could be fulfilling his Champions League ambitions at Eastlands in 12 months.

Barry, however, will also know that the financial factor cannot be removed from the equation in this deal and it would do him credit if he actually admitted it.

Human nature being what it is, who could blame Barry for signing such a lucrative deal at this stage of his career, even if he does have to set what was apparently his major career goal on one side?

It is a sobering day for many. For Liverpool, who ultimately did not get near a player Benitez seemed intent on getting irrespective of any damage it may cause last summer, and for Arsenal.

Liverpool boss Benitez must now work out a way of keeping Xabi Alonso at Anfield, with the influential midfielder understood to be disaffected and keen to leave. Barry has long been regarded as the replacement if Alonso left, but Benitez no longer has this safety net to work with.

Arsenal are on the margins of the Premier League elite now. They are a comfortable fourth in the so-called "Big Four" and cannot come near City's cash reserves.

If City really can attract the names they want and, more crucially, if manager Mark Hughes can make it all work, then they could invade that top group. It is not guaranteed, but it is a possibility.

And what of those just outside the top four? Namely Everton and Aston Villa. Villa have already had a compelling and emphatic demonstration of what City's money can do and Everton, if all the conjecture is to be believed, are also on the radar in the shape of their outstanding defender Lescott.

Food for thought for Randy Lerner, but especially Bill Kenwright, who already admits he cannot compete with football's billionaire owners.

It is not a given, however, that City's billions guarantee success. This is Manchester City remember, and their history shows that if you offered them a mile they would happily take an inch. With every million spent this summer, the pressure ratchets up another notch on Hughes to get the return his Abu Dhabi-based paymasters will expect on their investment.

There is also pressure on the new faces. They must demonstrate that they are committed to City's cause not their chequebook. They will be under intense scrutiny.

Barry's next mission is with England, and while victory against Kazakhstan should be a formality, external influences will put Fabio Capello's squad to the test at the end of a gruelling campaign. 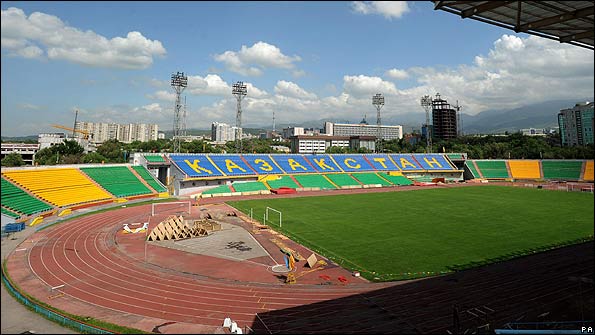 After an ardous eight-hour flight, England's players must adjust to a time difference that places Almaty five hours ahead of the UK. This far-flung Eastern outpost is only 200 miles from the Chinese border and also edges Kyrgyzstan. It lies even further from London than New York City, so there are adjustments to be made once they start the serious business of the build up here in Kazakhstan on Thursday

The temperatures that greet them will be comfortable, although hotter weather is expected. Almaty rests at the foot of the Tien Shan Mountains and there was plenty of cloud cover to accompany them on Wednesday.

England fans have already started arriving in a city that has a bustling centre and is an intriguing mix of old Eastern Europe and Asia.

If Barry's move to City served one purpose for Capello, who prefers not to have his preparations interrupted by such trifles as multi-million pound transfers, it at least kept the minds of England's players off the journey.