Fabio Capello's decision to summon Liverpool captain Steven Gerrard to England's base ahead of Wednesday's friendly in Germany was a very obvious flexing of his managerial muscle.

Liverpool announced, with lavish detail, that Gerrard had suffered "a tear in the adductor magnus muscle in his right leg" and would not be available.

Adductor magnus or no adductor magnus, Capello decided that England's medical staff, not just Liverpool's, would be the judges of whether Gerrard would be available for the game in Berlin.

Gerrard was ultimately declared injured, but it was the familiar England battleground of club versus country - and Capello shows signs of being a more combative figure than his predecessors Sven-Goran Eriksson and Steve McClaren.

It is highly unlikely they would have risked raising the hackles of Liverpool manager Rafael Benitez by demanding a second opinion on Gerrard, but Capello is an entirely different animal.

He has, even in his short reign, emphasised several times the importance of the national team and how players who do not show full commitment will be left behind as the bandwagon rolls on to South Africa in 2010.

Capello had seen his squad stripped by pull-outs before Gerrard's withdrawal, but Manchester United pair Rio Ferdinand and Wayne Rooney were not hauled down to Hertfordshire because they both missed the win against Stoke on Saturday through injury.

Gerrard, in contrast, had played a full 90 minutes at Bolton in an energetic goal-scoring performance before it was announced that he was injured. 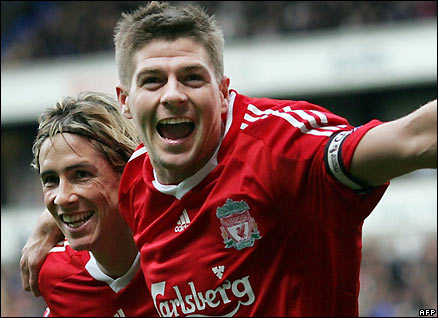 It is wrong to suggest Capello doubted Liverpool's word, but his determination to seek a definitive version on Gerrard's health may have been heightened by some memories from August.

This was when Liverpool announced Gerrard needed groin surgery that would sideline him for World Cup qualifiers away to Andorra and Croatia, shortly after he had played 90 minutes and extra time against Standard Liege in the Champions League.

Capello was not happy, and it did Gerrard's case no good that England went on to win both games, especially impressively in Zagreb.

Gerrard is blameless. He is not a man to tamely accept his club withdrawing him from England duty when he is, in fact, fit.

He will also be acutely aware that this England coach may simply forget about players he feels he cannot rely on to turn up on demand. And it is a dangerous occupation to let those doubts enter Capello's head.

The club v country conundrum has been an endless cause of debate - I recall almost fainting in an airport departure lounge when I noticed Sir Alex Ferguson had actually allowed Ryan Giggs to turn up and play in a friendly for Wales. Most assumed it was an over-sight by the great man, such was the rarity of these sightings.

There is, however, a measure of sympathy for both sides in these arguments.

Capello will want to mix experimentation with continuity against a Germany side who will always be regarded as an accurate gauge of England's progress.

The Italian will not want the game to be reduced to the devalued level of non-event by effectively sending out a scratch side. There is no good news in that and the argument that England should not arrange friendlies at busy times is also unreasonable.

These games will give Capello the opportunity to shape his squad and systems away from the heat of competitive combat, where England have made a flawless start to their World Cup campaign.

The clubs, however, also have a case and Ferguson and Benitez will be safe in the knowledge they hardly risk an uprising from fans if they refuse to expose top stars to a friendly that is prestigious without being all-important.

And they will state, with some justification, that rest will benefit their players as much as another game, albeit an international. They may even ask would Capello learn anything more of significance about his established, experienced players from the game in Berlin. 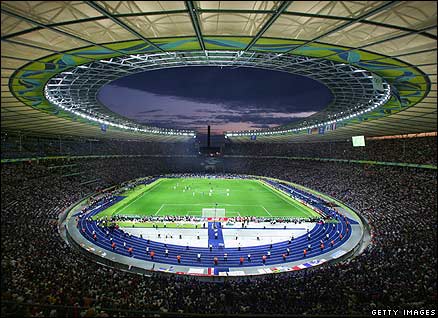 It is a brutal truth that most supporters would heartily back their managers for pulling players out of friendly games if it meant saving them for club battles ahead, but it is easy to understand Capello's disappointment at the level of absenteeism in his squad.

He is left with a depleted force and he has, with Gerrard and Frank Lampard both absent injured, an unwanted opportunity to escape the debate about whether these two outstanding players can function in tandem.

It also gives members of Capello's shadow squad a chance to get in on the good thing England have got going - but there is no doubt he would rather be testing a full-strength side against one of their great rivals.