In the big freeze - but for how long?

Amounts of snow across some parts of our region are the deepest since December 2010, with 21 cms being reported at Pateley Bridge in Nidderdale at midday, and a notable 18 cms in the middle of Sheffield at Weston park.

Waddington in Lincolnshire is reporting 14 cms of snow.

There are some big contrasts though, with only 2cms reported at Church Fenton in the Vale of York.

The snow, on Friday and last night, was forecast well in advance and first signalled at the beginning of last week. 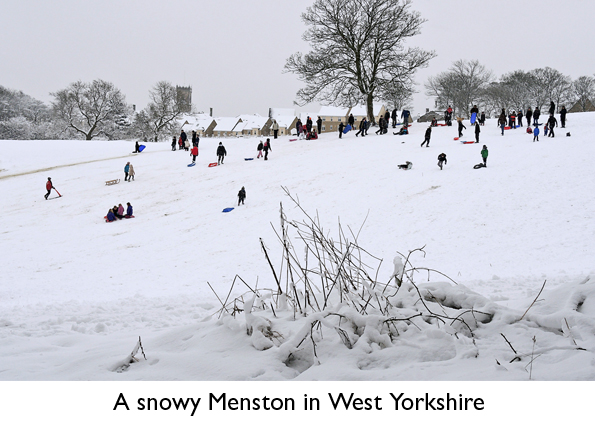 But contrary to what was expected by most computer models at that time, the weather front last night did not bring a change to milder conditions, with very cold continental air now with us for the rest of the week.

Further snowfall is likely on the North York moors tonight, but for many it should become dry, with the main hazard being that of widespread ice.

Patchy rain, sleet and snow in coastal areas tomorrow will push inland to affect some areas, but further snowfall amounts will be small.

A change to milder weather will come at the weekend, with rain, preceded by some snow; the last week of January looks much milder with rain at times.

The thaw, when it comes could be rapid and with the ground already saturated from last year's excessive rainfall, flooding is likely to be a concern.