Stevenage manager Graham Westley may not be everyone's cup of tea but he is now on the brink of steering his team to back-to-back promotions.

His side won 1-0 at the intimate and homely Crown Ground in Accrington on Friday evening to secure a 3-0 aggregate victory and book their place in the League Two play-off final, where they will take on Torquay at Old Trafford next Saturday.

When Stanley boss John Coleman was asked on the eve of the second leg what he expected from his team's opponents he suggested they would try to waste time, feign injury and foul their opponents at every opportunity.

"We know what to expect, they think they have their own laws - breaking up the game to get tactics to the players and get drinks on," said Coleman.

There were seven minutes of injury time at the end of a first half during which there were numerous stoppages as players of both sides received treatment.

"I do not think it was a victory for football," added the Stanley boss. "The first half bordered on being a pantomime." 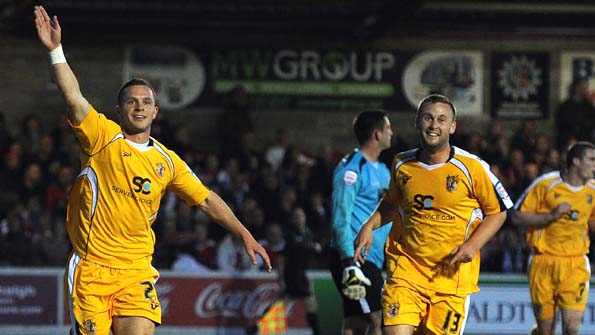 Back in March the Football League wrote to Stevenage asking them for their response to suggestions that players were systematically feigning injury during games so that Westley could use the stoppages to relay tactical information to his team and provide them with fluids to refuel.

"The Football League asked the club to be mindful of certain aspects of the spirit of the game," said Westley in March. "There's no specific criticism in there."

Every time a Stevenage player went down on Friday evening the home fans were quick to voice their protests and there is no doubt that opposition teams and supporters are now mindful of Stevenage's alleged gamesmanship.

Coleman was irate with the performance of referee Russell Booth on Friday, not so much for sending off two Accrington players in as many second-half minutes, but because he thought Stevenage were allowed to get away with their aim of disrupting the flow of the game.

"We knew they would come with a game plan to spoil the game," he said. "I cannot believe they were allowed to get away with what they were.

"There were a lot of things that went unpunished. The referee said at half-time that all we wanted to do was moan and that we had not tried to play football. It is hard to play football when the ball is not in play."

Not surprisingly, Westley is unhappy with many of the criticisms levelled at his team.

"Stevenage is a hard working football club that is disciplined, organised and progressive," he argued in a recent interview.

"The sooner people stop listening to the voices that want to bring us down, they'll start to appreciate what we're really all about."

Westley, who always seems to have a polystyrene cup in his hand, is a complex and interesting character in his second spell at Stevenage. He has also managed Kingstonian, Enfield, Farnborough Town and Rushden & Diamonds.

The 43-year-old rarely looks you in the eye when answering a question, but he is a man of firm beliefs who is obviously not afraid to risk ridicule. Earlier in the season he told his team to "go out and win 5-0" ahead of their FA Cup against Premier League Newcastle. They did not quite manage that but they did defeat the Magpies 3-1 on a famous night at Broadhall Way.

Away from football he runs a company called Aimita, which stands for attitude is more important than ability. It might well be Westley's motto for life. It also hints at a tendency to veer towards corporate management-speak.

Discussing his team's progress this season and their achievement in reaching the play-off final, Westley said: "We always try our hardest to make sure we are better today than yesterday, and will be better tomorrow than today."

He is the sort of manager that needs his players to buy into and trust his methods, particularly given the club's unusual training schedule. Not for Stevenage the training routine that starts at 10 in the morning and ends early in the afternoon. Their players do a full day's work.

"We all know what the gaffer is about and we just get on with it," explained Lawrie Wilson, who played on the right of midfield on Friday.

"We get in and have breakfast, do a stretching session, go out and do weights, have lunch then work through a football-related session. After that we do some more weights or fitness work. The manager never stops striving for perfection."

Veteran goalkeeper Chris Day is in no doubt that the hard work has its rewards. 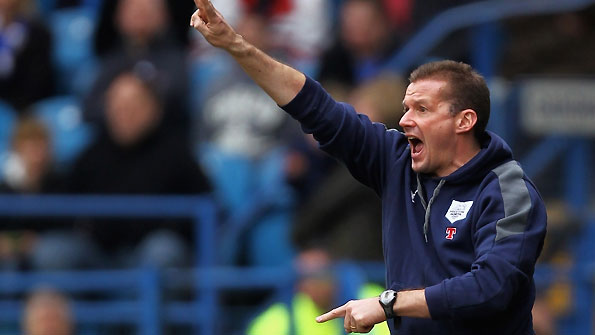 "We always get stronger through the season," said Day. "There is a method that we work to, although I am not going to give those secrets away. I'm coming up to 36 now and I do wonder what I might have achieved in my career if I had worked like this from the start."

Stevenage won 14 of their last 15 games last season to claim the Blue Square Bet Premier title and lost just two of their last 12 games this campaign as they climbed from mid-table to the play-off positions.

"Our philosophy is about a strong element of endurance in the boys' work and you only need to look at results in the back half of the season to see the impact," added Westley. "We were 18th in mid-January and have had to come a long way."

Another constant theme that emerges when you speak to Stevenage players is the togetherness in the squad. This is in part a consequence of the long hours that they spend in each other's company.

"The boys put in a lot of hours and we get mocked for it at times but we have made progress throughout the time I have been here and I am delighted for them," said Westley, who has been back at Stevenage since 2008.

As Coleman admitted, for all that Stevenage might have tried to break up the flow of the tie they were the better side over the two legs despite a lengthy injury and suspension list.

On the evidence of what I saw on Friday, Accrington should not be too disheartened because they have a lot going for them. The Crown Ground was awash with red and white flags and Stanley's fans deserve great credit for the effort they put in to making the ground as colourful and atmospheric as possible. I thought there was an intimacy about watching a game there that you rarely experience. Many of the players were on first-name terms with the fans and the local community appears to be at the very heart of the club.

But they will not be going en masse across Lancashire to Old Trafford after their team failed to come to grips with the challenges that a disciplined and well-organised Stevenage posed them.

Instead, Westley, described by some as anti-football but unquestionably single-minded in his methods, will go away and methodically prepare his team for the final.

He has taken Stevenage to Wembley twice in the FA Trophy final, winning in 2009 but losing last year. And Westley was typically bullish as he discussed the value of those experiences.

"We know the pain of defeat and the joy of victory," he said. "We have learnt some lessons about getting it right."