Alexander the great joins the 1,000 club

A little moment of history was created at Turf Moor on Saturday when Graham Alexander became the second player to reach 1,000 competitive outfield appearances in English professional football.

Perhaps the 39-year-old Scotland international has rather limped over the line, with his latest 12 appearances coming as a substitute and none of them before the 72nd minute of a match.

But there is nothing fortunate about the extraordinary achievement of clocking up so many games and Alexander deserves enormous credit for reaching the milestone.

"It is a truly amazing landmark to reach," said Lennie Lawrence, who managed Alexander at Luton Town in the mid-1990s. "He is a fantastic fellow, a great lad and the epitome of what a professional footballer should be and how he should conduct himself."

Coventry-born Alexander started his career as a trainee at Scunthorpe, where he made his league debut as a 19-year-old in 1991. He left for the Hatters in 1995 and joined Preston for £50,000 in 1999 shortly before his contract at Kenilworth Road expired.

"That must have been just about the best £50,000 spent by anyone, anywhere in football," added Lawrence.

Alexander was signed for Preston by David Moyes, the current Everton boss who started his managerial career at Deepdale.

"He was a Scottish boy and he was great, quite a feisty lad," said Moyes. "He was a really good player, an incredibly good football player. He lacked a bit of pace, which he would admit, but his passing was as good as anybody. In hindsight, maybe I made a mistake when I left Preston that I didn't try to bring him with me. He was that good."

Alexander made exactly 400 appearances for North End as the club not only established itself in the Championship but regularly pushed for promotion to the top flight. 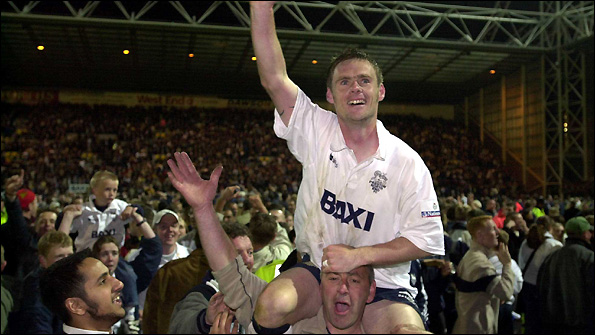 Alexander was a popular figure at Preston and did not want to leave. Photo: Getty images

"Every side that is successful has what I would term good pros, the sort of players who don't miss training, have good habits and do not mess about or sulk," said former Preston team-mate Sean Gregan.

Callum Davidson, another former North End team-mate of Alexander's and one of his best friends in football, reckons his mate was gutted when he was controversially sold to Burnley in 2007. But the move to Turf Moor allowed the right-back to reinvent himself.

Steve Cotterill, who was Clarets manager at the time, used Alexander as a holding midfielder, a role ideally suited to such an experienced, competitive and technically solid player. Alexander went on to become a key member of the side managed by Cotterill's successor Owen Coyle that won promotion to the Premier League in 2009.

"He was devastated when he left Preston but it is funny how things work out," said Davidson, who spent three years with Alexander at Deepdale. "Eventually, he fulfilled his ambition of playing in the top flight and walked out alongside Manchester United's Ryan Giggs as the two players skippered their teams for a league match at Turf Moor. That season in the Premier League, coming so late in his career, meant an awful lot to Graham."

Moyes added: "When he came up into the Premier League with Burnley, he did really well and scored some goals."

Former Scotland boss Craig Brown was another who managed Alexander at North End. Some time later, Brown happened to be in the crowd at Turf Moor as Alexander's Burnley defeated Arsenal 2-0 in a Carling Cup tie in December 2008.

"I was sat next to Sir Alex Ferguson and we both agreed that Graham was the best player on the pitch," said Brown. "That was how successful he was as a holding midfielder - and that was, in part, because he has a wonderful range of passing."

The 39-year-old has made at least 150 appearances for each club he has represented, in addition to winning 40 caps for Scotland. Everybody I spoke to was full of praise for his dedication and professionalism. It is Alexander's drive combined with the good fortune to have had a largely injury-free career that has enabled him to play for so long.

"That a lot of it comes down to Graham's attitude," added Davidson, who tries to meet Alexander for a catch-up over coffee at least once a week. "He just wants to play. If he is not in the team, it puts him in a terrible sulk. I used to find it funny at Preston, watching him trudge off disconsolate because he was being subbed with two minutes left ."

One of the most remarkable aspects of Alexander's career has been his penalty record. It is tricky to work out an exact figure but the general consensus is that he has converted 77 from 83 attempts.

"His record is no fluke because he would take 30 or 40 every day after training," added Gregan. "When I played with him, I was as good as walking back to the centre circle to restart the game when he stepped up to take a penalty." 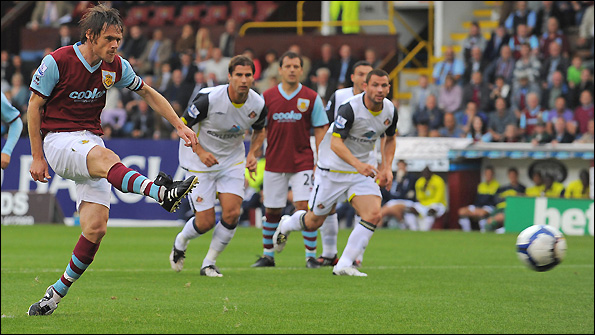 Alexander, a prolific penalty taker, had one season in the top flight. Photo: Getty images

Alexander's longevity has allowed him to enjoy an international career. He did not make his international debut until the age of 30, although Brown now regrets that he did not select him when he was in charge of Scotland.

"When David Moyes was in charge of Preston, he asked me to have a look at Graham and so I watched him in a game at Crystal Palace," added current Aberdeen boss Brown, who managed Scotland from 1993 until 2001.

"He was given a tough time by a winger and did not have the best of afternoons. I now regret that I did not cap him when I had the chance but, when I was in charge of Preston, I recommended him to Berti Vogts, my successor as Scotland boss."

Davidson reckons that Alexander has changed dramatically since they first became team-mates in 2004. Back then, the defender had less understanding of what sort of things could help extend his career but now he is very vigilant with his diet and careful to protect his ageing body.

"His wife often complains that Graham is the last to leave the dressing room," added Davidson, who is currently without a club but training with Nottingham Forest to maintain his fitness levels as he recovers from a long-standing calf injury.

"He takes his time to stretch, cool down and take an ice bath. He looks after himself but that was not always the case when I first met him."

The other player to reach the milestone of 1,000 outfield appearances in English football is Grimsby-born Tony Ford, who brought up four figures in March 2000 when he played for Rochdale in an Auto Windscreen Shield match against Carlisle United.

"I did not know until a couple of weeks before the game that I was so close," said Ford, who now works in insurance as well as carrying out occasional scouting assignments for the Mariners. "I did a couple of pre-match interviews for local radio and that was just about it."

The two players were team-mates at Scunthorpe, with both operating on the right flank. Alexander was establishing himself as a regular at the Iron, while Ford, then in his mid 30s, combined playing with a coaching role.

"He had a very competitive spirit, whether it was a five-a-side game or a long-distance run," added Ford, who eventually retired from playing when he took on a coaching role at Barnsley in November 2001. "Graham absolutely loved playing football and that really helps in terms of your longevity in the game."

Nobody starts out with the ambition of reaching 1,000 outfield games. As Ford explained, it is the sort of thing that eventually creeps up if you last long enough. Ford told me he played 26 seasons before he reached the milestone. Davidson reckons that Alexander started to focus on it when he reached 900 appearances.

"He likes to set himself goals," said Davidson. "They are the targets that push him on."

What Alexander intends to do next is unclear. If Davidson knows then he is not letting on but Alexander does not appear to have a long-term future at Burnley, where he has become an increasingly peripheral figure since the appointment of Eddie Howe as manager.

But the vast experience gained over 20 years and 1,000 appearances will surely mean that we have not heard the last of a man who just keeps on going.