The Premier League announced ambitious plans on Monday to overhaul their academy system, immediately sparking fears within the Football League that their 72 clubs could be badly damaged.

The aim of the Elite Player Performance Plan is to produce more top-quality homegrown players. The Premier League claims, quite rightly, that this would benefit not only the clubs that produce them but also the England team. Coming in the wake of England's disastrous performance at last year's World Cup that would be a welcome boost.

However, the Football League has expressed concern that 30 to 40 of its clubs could abandon their youth development schemes if the new proposals are not altered to protect the interest of lower-tier clubs.

"We want to be seen as part of the solution and not the problem," said Football League chairman Greg Clarke on Monday. "We want to support the [new plans] but not in a way that puts tens of facilities out of business." 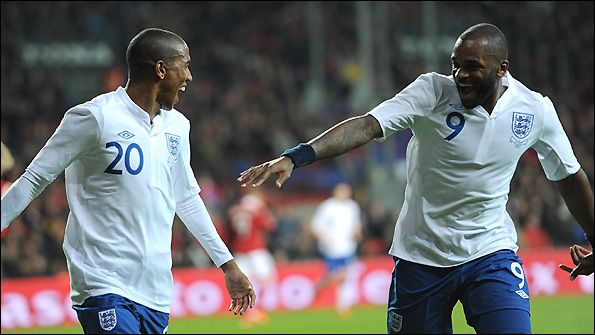 Currently Premier League and Football League sides have either academy or centre of excellence status but under the new scheme the youth systems at all clubs will be graded across four categories.

Top of the pile will be a new hothouse style super academy that will provide intensive training to the best young talent. The 90-minute rule, which currently states that Academy players must live within one-and-a-half hour's drive of their club, will be scrapped, giving the top clubs access to the best young players in the country. They will live in residential facilities and, the theory goes, clubs will link up with local education authorities to integrate coaching into the normal school day.

Contact time with qualified coaches will treble, with the aim of reaching the optimum figure of 10,000 hours by the time that players turn 21. Under the current academy set-up that figure is around 3,760 hours. The theory is to have the best young players coached by some of the best coaches in excellent facilities from an early age.

The Premier League point to the Royal Ballet School and Yehudi Menuhin Music School as good examples of intensive learning, as well as the success of Barcelona's La Masia facility. In England the nearest current example is the link-up Championship club Watford has established with the Harefield Academy school.

The Hornets have 33 students integrated into the Harefield Academy, all of whom have 18 hours of contact time with coaches each week, as opposed to six under the current academy system. Their coaching and academic lessons are integrated into the school day. I recently visited the facility and encountered a mood of cautious optimism that it will give Watford an edge in both attracting and producing players.

The Premier League is keen to stress that the categorisation of youth systems will not be tied to a club's league standing; a League One club could have category one status. However, the cost of funding a category one system is expected to be £2.5m per annum, three times the current academy level and way beyond what is currently spent by Watford.

Category two is based broadly on the current academy model, while category three is similar to the centres of excellence at most Football League clubs and the final category is effectively a late developer safety net that picks up players from the age of 16. 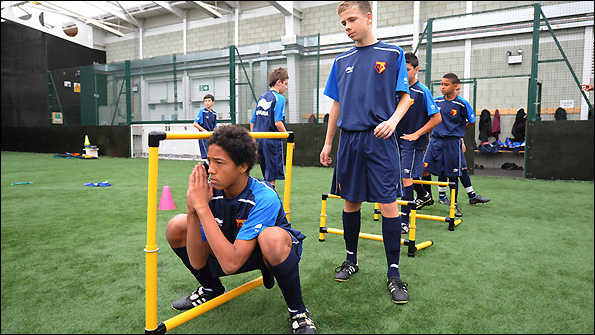 The top two categories will have a minimum of 17 full-time staff and will be beyond the reach of most Football League clubs, who will have category three or four status. Most will end up in category three - and it is here that there is a major sticking point.

Under the new plans, clubs in this category will not be able to sign players until they are 12. At the moment they can sign players from the age of nine and there is a big worry that if that current level is not maintained it will leave them at a big disadvantage. By the time category three schemes start most of the good young players will have already been signed up by clubs with a category one or two system.

In his 10 months in the job Clarke has visited more than 60 Football League chairmen and has concluded that the revenue they gain from their youth investment is vital. Crewe, for example, generate an average of £1m a year from the sale of homegrown players.

"They tell me the first or second issue for them is youth development and some have told me they will not stay in business if it goes," added Clarke of his meetings with chairmen. "We are concerned that 30 to 40 clubs would give up youth development.

"Lets not cut swathes through the development ability of Football League clubs."

Tied in with the overhaul of the youth development system would be a new framework to standardise compensation paid to a lower division side when one of its homegrown players is signed by a bigger club.

Without question, the current transfer tribunal system is flawed. Different people sit on it at different times and it lacks standardisation. There are numerous examples of contentious transfers. For example, former Crystal Palace chairman Simon Jordan described the £700,000 his club received from Tottenham for John Bostock as "scandalous".

The Premier League has proposed a framework that involves lower up-front payments but significant add-on fees if a player goes on to fulfil his potential. This could involve a youngster progressing to become a first-team player or an international, with each new achievement triggering another payment. The idea is that it will help facilitate a situation where the best young players end up at the finest facilities at an early age, thus improving their chances of succeeding, but the smaller selling club also wins because it will end up handsomely recompensed if a player becomes a success.

Premier League chief Richard Scudamore is adamant that if the initial transfer fee is too high then the top sides will look abroad in search of their talent. But Clarke is insistent that if adequate compensation is not paid then clubs will not have the incentive to continue with their youth development policies - and he will press home this point when he appears before the select committee on football governance on Tuesday.

"Looking at the Deloittes figures into Premier League club accounts, the amounts on compensation are not exactly going to break the bank," said Clarke. "The £50 million Chelsea spent on Fernando Torres is equal to the cost of running all Football League youth development for a year - with £10 million spare."

Currently only Morecambe and Hereford do not have youth development programmes and the Football League is worried that figure will increase under the new proposals.

Thirteen of the 23 in the England squad that took on Denmark last week were at least in part developed by the Football League, which firmly believes that it has a central role to play in the strength of the national team.

It is important to stress that nothing is as yet set in stone. Only one formal meeting has been held between the Premier League and the Football League to discuss the overhaul. More are sure to follow.

The Premier League wants its new system implemented by the start of the 2012-13 season and Clarke is hopeful the new youth system will be "a good example of working together to benefit the national game".

The ultimate aim is to improve the standard of the England team but Clarke wants to make sure his clubs are not damaged in pursuit of that goal.