Phil Brown walked through the doors at Preston North End on Thursday afternoon delivering the time-honoured line about the honour of taking over at a great club with a long history.

We could be hearing quite a lot of that sort of talk over the next few weeks given the current number of managerial vacancies in the Football League.

North End appointed Brown after dispensing with the services of Darren Ferguson on 29 December. Burnley parted company with Brian Laws on the same day. 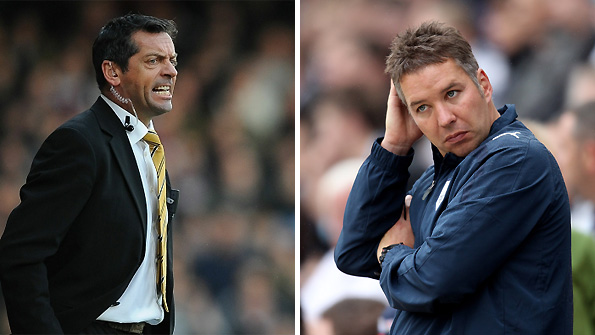 Preston are the first to plug the gap, with Brown's appointment coming on the same day as Port Vale named Jim Gannon as their new manager after predecessor Micky Adams left to take over at Sheffield United.

Brown took Hull into the top flight for the first time in their 104-year history in 2008. He later grabbed the headlines with his half-time haranguing of his players on the pitch during a fixture at Manchester City and his full-time serenading of supporters after the Tigers avoided the drop. He might have got a little carried away at times but he was a firm success at Hull and is keen to repeat that at Preston.

He has got his work cut out. North End are seven points adrift of safety, have managed to win just five of 22 league games and are desperately short of players after the spate of loan recalls that quickly followed the dismissal of Ferguson.

Brown, 51, and wily assistant Brian Horton had been out of a job since they left Hull in March. Brown was heavily linked with Burnley before signing an 18-month deal at Deepdale. Several other out-of-work managers such as Paul Jewell, Paul Hart and Chris Coleman were also mentioned as prospective managers at PNE. Burnley, desperate for an instant return to the top flight, are now apparently keen on current Watford boss Malky Mackay.

The season is reaching its midway point, the transfer window is open and, without doubt, the managerial merry-go-round is in full swing. There are currently seven Football League clubs looking for a manager, with Bristol Rovers still to appoint a successor to Paul Trollope, who was sacked on 15 December.

It is entirely feasible - indeed likely - that a manager sacked at some point so far this season will end up at another club before the campaign finishes. It happened 12 times last season in the Football League. One strong possibility is former Portugal international Paulo Sousa, who was sacked by Leicester in October and is being tipped to take over at Palace. If Sousa was to succeed Burley then the Eagles would become the fourth Championship club he has managed in just 26 months.

Arguably the unluckiest manager to lose his job in recent days is Parkinson at Charlton. OK, the Addicks have not won in League One since 20 November, but three draws from their last five fixtures since then is hardly a complete disaster. Parkinson had worked within budget restrictions but took Charlton to the play-offs last season and was sacked with the club fifth in the table.

"It is extremely disappointing that Phil has become the next manager to get the sack in this new year period," said League Managers Association chief executive Richard Bevan.

"It is even more remarkable given Charlton are currently only three points from the automatic promotion places."

Charlton chairman Michael Slater explained that recent results had not been good enough and that it had become necessary to appoint a new manager to keep the club in the hunt for promotion. 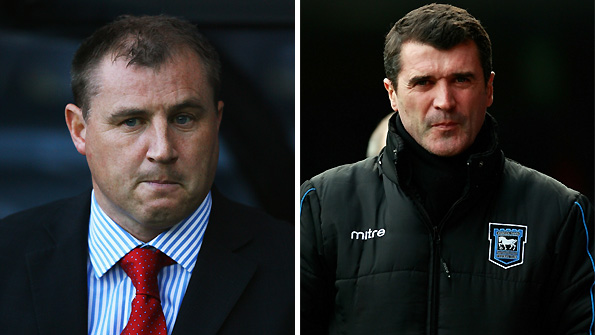 Paul Jewell (left) has been linked with Ipswich after the sacking of Roy Keane. Photo: Getty Images

But does sacking your manager at this time of year lead to an improvement in results? Over the previous five completed seasons 32 managers have been sacked by clubs in the Football League during December and January. On 15 occasions clubs have finished the season in a higher position than when they sacked the manager, while on a further 12 the club in question finished lower. Five times the club finished in exactly the same position.

Of the 32 dismissals, 21 clubs finished the campaign within three places of where they stood in the table when the sacking took place. Not once did a club who sacked their manager to reinvigorate a foundering promotion campaign end the season going up. Five times clubs that sacked their manager while in the relegation zone still went down, but a further seven managed to avoid the drop. Perhaps a change of manager is worth a gamble if you are in the relegation zone when the season reaches its midway point?

The recent spate of sackings - eight in the last 10 days - was the first issue discussed in an open letter sent out by the LMA on Thursday. There have now been 30 changes of manager in the Premier League and Football League this season, with 20 of them dismissals. Although this is slightly down on the 33 by the end of the first week of January last year, the LMA argued that year on year the figures "serve to highlight the continued chronic short-termism in football manager employment".

It added: "Clubs in lower leagues simply cannot afford to keep sacking managers. Short-termism does not work. It is hugely destabilizing to the club and its staff and a new manager wishing to stamp his own mark on the playing squad brings with him the additional cost of the transfer budget needed to do so.

"In football, there is an incomprehensible belief that the continued sacrificing of the football manager, the 'scapegoat' and installing another will turn around a football club's performance."

Former Sheffield Wednesday chairman Lee Strafford sacked Brian Laws in December 2009 with the Yorkshire club 22nd in the Championship. Alan Irvine took over in January but, after a brief improvement in results, the Owls slipped back into trouble and were relegated on the final day of the season.

Strafford is adamant that the timing of Laws' dismissal had nothing to do with the forthcoming transfer window, instead arguing it was a consequence of events that started in the Wednesday boardroom. Strafford, who resigned at Hillsborough last summer, agreed with the LMA that many chairmen are looking for a scapegoat when sacking their manager.

"Most of them are thinking about using manager change to deflect blame from the dis-functionality within their clubs such as boardroom problems, lack of reality in expectations associated with their club, operational/infrastructure issues with their club or financial issues," Strafford told me in an email.

"The next largest group are thinking about manager change to deflect from spending money in the transfer window ('new man needed to review things and also tried to sign players but couldn't get em in').

"Only the ones with cash to burn (i.e. the overwhelming minority) are thinking about transfer windows as a driver for manager change."

The LMA is keen to stress the instability of football management. The average length of time a manager keeps his job was three and a half years in 1992 but this had declined to one year and four months by last season. The most common period for a first-time manager to remain in his job is between six months and one year. Almost half of them do not get a second chance in management.

Of the current managerial vacancies in the Football League, Burnley and Charlton are still hopeful of promotion, while Ipswich, Crystal Palace, Walsall, Stockport and Barnet are all after someone to steer them away from relegation. There is no shortage of potential suitors.

As I write this I am being told that Jewell is taking over at Ipswich. His last game in management was Derby's final game of 2008. The Rams lost 1-0 to Ipswich and slipped to 18th in the Championship table and Jewell resigned afterwards.

The LMA quite rightly argues that many first-time managers do not get a second chance but for plenty of familiar faces - such as Brown and Jewell - the merry-go-round will eventually stop at a new club.