Burnley defender Clarke Carlisle hit the headlines earlier this year when he twice triumphed on Channel Four quiz show Countdown before succumbing to an agonising 89-86 defeat third time around.

The 31-year-old still has the teapot he won but has decided it will never see active service. Instead, it remains stashed away in a cupboard, destined to remain a pristine souvenir of the time when Carlisle fulfilled a lifetime ambition.

"I love puzzles and word problems so I really enjoyed Countdown but once you do something like that it is really hard to shake it off," Carlisle told me. "It does forever stick."

That would be a shame because there is much more to Carlisle than taxing conundrums (he led in his third Countdown appearance until the final conundrum of the show) and family-friendly banter with host Jeff Stelling.

He left home at 16 the day after he finished school and moved into digs close to Bloomfield Road at his first club Blackpool. Carlisle became a father for the first time at 18 and, as a QPR player in his early 20s, battled alcoholism. Hungover on the team coach heading to a fixture at Colchester, he was ordered off by manager Ian Holloway and later had a spell in the Sporting Chance clinic as he overcame his demons. 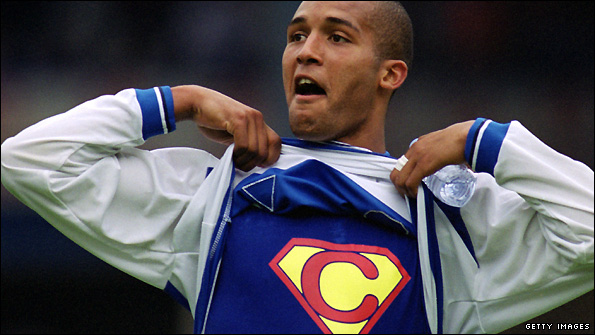 Carlisle suffered from alcholism during his time at QPR. Photo: Getty Image

Carlisle has played in the top three divisions, represented the England Under-21 side, suffered two serious injuries, one of which kept him out of the game for two years, and experienced both promotion and relegation during a career that has so far taken him to Blackpool, QPR, Leeds, Watford, Luton and now the Clarets.

He also won a television quiz in 2002 that saw him named Britain's brainiest footballer and is in the first year of a degree in professional sports writing and broadcasting at Staffordshire University run by the Professional Footballers' Association. Until recently he wrote an insightful and engaging blog that took the reader beyond the anodyne thoughts of many ghost-written columns.

"My mum tells me that I have crammed the life of a 50-year-old into my 31 years," said Carlisle. "I have been through these things and lived to tell the tale and I think I am a better man for it."

They are experiences that give Carlisle the confidence that he will be successful in his new role as chairman of the PFA.

"For a lot of professionals I will be able to have empathy as opposed to sympathy with the experiences that they are going through," he said.

Carlisle had been on the PFA's management committee since 2004. It is made up of professionals from all four divisions and includes Phil Neville, Jason Roberts, Brede Hangeland, Zesh Rehman and Darren Moore. When previous chairman Chris Powell retired, Carlisle put his name forward and in mid-November it was announced that he had been successful.

"It was a fully democratic process," added Carlisle, who defeated one unnamed player in the ballot. "The only other time I had been that nervous was on my wedding day."

When I caught up with Carlisle he was still working out exactly what his new role will involve. He is in regular contact with Powell and chief executive Gordon Taylor to flesh out the details, but reckons a lot of it will involve him acting as a figurehead, providing the union's opinion and perspective on any issues that arise. It will be more time intensive than the quarterly meetings held by the management committee but Carlisle is confident that it will not distract his focus away from Burnley's push for an instant return to the Premier League.

After spending nearly an hour listening to Carlisle talk about the role of unions in the modern world, I have no doubt that he will represent the PFA with dignity, intelligence and assurance.

I asked Carlisle whether he thought that in our current climate of austerity he thought unions would become more active and important.

He answered: "With mass tension and pressure on the economy and the finances of the nation, and cuts here, there and everywhere, there will be rumblings in workforces the nation over - and worldwide.

"Unions are being called upon to make sure that the people they represent get what is just and fair. That is very understandable. I sincerely hope other unions are as well prepared and trustworthy as ours."

Rightly or wrongly, I always tend to think of unions as representing the blue collar worker, battling for the rights of the working man. It might seem as though the idea of a union to represent players with the potential to earn vast sums is no longer necessary. Carlisle, who reckons players are often a vulnerable and easy target for financial exploitation, is very robust in his defence of the PFA, pointing out that everyone should be entitled to a defence of their rights as employees.

"The average career is only eight years and only a very, very few earn enough to not have to work again," he said. 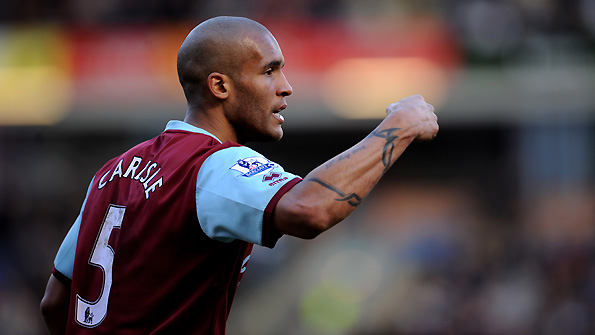 Carlisle is a mainstay in the centre of the Burnley defence. Photo: Getty Images

"The union has a duty of care for the individual whether earning £1m or £20,000 a year and problems can strike across the board whether illness, injury, family related or other off-field issues - the union is there to make sure everyone is protected and covered."

There is no fixed tenure for Carlisle's period as chairman and Powell filled the role for five years before he retired from playing. Carlisle is keen to use his time in the role to continue to move the game closer to the ideal of what he described to me as 'total inclusion'.

"I'm really proud of my involvement in the discrimination campaigns of 'Kick It Out' and 'Show Racism The Red Card'," said Carlisle. "Anything that helps to break down the barriers of Racism, Sexism, Islamaphobia, Homophobia, anti-Semitism and any prejudice in between, is a worthy cause. Any help I can give along the way is the least I can do."

Another area of importance to Carlisle is ensuring young players have the life skills to handle the pressures of being a professional footballer. There was very little training for Carlisle, who was thrown into the first team at 17 and expected to behave accordingly, to constructively deal with having both money and spare time. The PFA now places a strong emphasis on education and Carlisle has taken advantage of the opportunity to study for a degree.

He attended a residential week of face-to-face learning in June and returns to Stafford once a month in addition to studying online. He has so far interviewed referee Howard Webb, cricketer Graeme Swann and sports agent Casey Wasserman, who was part of the US's failed bid to host the 2022 World Cup, as well as writing several match previews and reports.

I suspect that Carlisle might make an excellent journalist when he retires; his easy manner and sharp mind a dangerous combination as he tries to tease information out of his interviewees (perhaps appropriately, one of the Countdown conundrums he solved was VINEWRITE, which he recognised as INTERVIEW). He interviewed Wasserman with a definite angle in mind. He wanted to write a piece that would align the US alongside England in their opposition to Fifa's World Cup voting process.

"I was asking him some very leading questions but afterwards when I looked at his answers he had given me a fresh angle that I had not thought of," said Carlisle. "I wanted to be quite sensationalist about it but he provided a very constructive argument about the whole bidding process."

Carlisle often spends the same amount of time it has taken him to write the bulk of his piece staring at his computer trying to conjure up a profound and insightful way to finish his article.

If he shows the same thought and care in his new role at the PFA then I am sure the organisation will benefit from the wisdom of football's Countdown king.