Too close to call in League Two

It will have to be a pretty spectacular season in League Two if it is to match the 2009/10 campaign. All four promoted teams had incredibly distinctive stories in what proved to be a thrilling year for the fourth tier.

Champions Notts County provided a constant slew of headlines after the arrival of the mysterious Munto Finance consortium and the appointment of Sven-Goran Eriksson as director of football. Eriksson and co had all gone before the end of the campaign, leaving Steve Cotterill to steer the club to the title.

It's a tough act to follow but Daggers boss John Still believes the division his team have left behind will be the scene of another almighty battle for promotion this season.

"I think it will be very competitive - a touch more so than last season," Still told BBC Sport.
"There were some good sides last year that perhaps failed to push on. This year, we might see more of Bradford, who finished 14th, and Crewe, who finished 18th. Gillingham and Wycombe have dropped into the division from League One and will also do well." 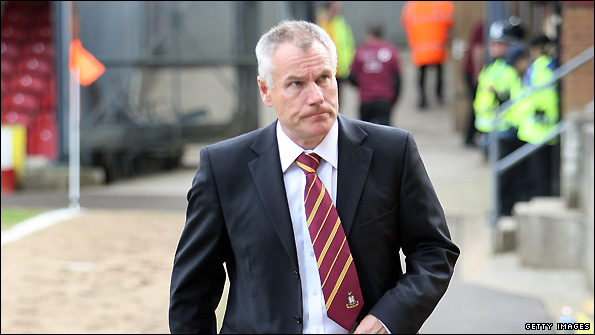 Taylor is embarking on his first full season as Bradford manager

Peter Taylor has previously won promotion with Gillingham, Brighton, Hull and Wycombe. Now the 57-year-old is preparing for his first full season as manager of Bradford - and there is a strong case to suggest that the Bantams' fourth consecutive season in the bottom tier of the Football League will end in more success for Taylor. "The gaffer has won promotion at this level before and is very experienced so he knows exactly what he is looking for in the transfer market," club captain Zesh Rehman told me.

In addition to experienced campaigners such as Tommy Doherty, Robbie Threlfall and Lewis Hunt, Taylor has brought in 18-year-old striker Louis Moult on loan from Stoke. Moult had a prolific scoring record coming through the ranks with the Potters, found the net for Bradford in a pre-season match at Rochdale on Monday and is one to watch this coming campaign.

"We finished last season really well, going six games unbeaten, and the gaffer got across the style of play he wants," added Rehman. "Everything is in place, we have a big fanbase, averaging close to 14,000 last season, a good squad, the pitch has been relaid and the coaching staff have been working really hard. There has been talk about winning promotion for several years but now it is a case of getting down and doing it."

Crewe will have to improve in defence (only Darlington and Accrington conceded more last season) if they are to challenge but manager Dario Gradi has brought in the experienced David Artell to help address that.

Gradi has been playing a three-pronged strikeforce of Calvin Zola, Shaun Miller and Clayton Donaldson in pre-season as the Alex have won seven straight games, including victory over Premier League new boys Blackpool.

I think it would be foolish to discount Rotherham - providing they keep hold of striker Adam Le Fondre, who scored 30 goals last season. The Millers lost last season's play-off final and manager Ronnie Moore has shipped out seven of the players who started at Wembley, remodelling his squad in a bid to win automatic promotion.

Crucially, though, Le Fondre and midfielder Nicky Law both remain, while Moore believes that bringing in the likes of Tom Elliott (Leeds) Tom Newey (Bury) and Mark Bradley (Walsall) has improved the strength and experience of his squad.

Gillingham midfielder Mark Bentley recently suggested that, since manager Andy Hessenthaler returned to the club in late May, the squad have rediscovered a discipline and respect missing during last season's relegation campaign under Mark Stimson.

Former Gills midfielder Hessenthaler spent 10 years at the Priestfield Stadium after arriving in 1996, with the final four of them as player-manager. He is a club legend and it would be no surprise if he inspired them to a successful season. 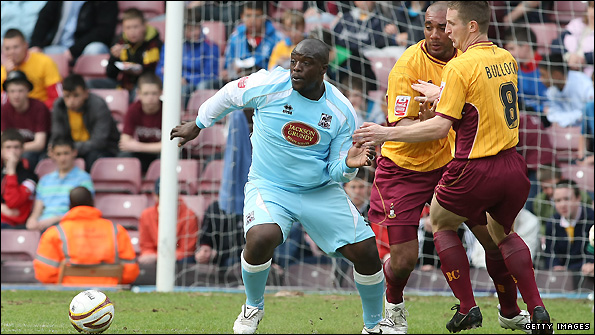 Striker Simeon Jackson has been sold but fellow forward Andy Barcham remains, while Adebayo Akinfenwa has been brought in from Northampton to further boost the club's forward options.

How the Cobblers adjust to the loss of the powerful Akinfenwa will have a big say on whether they improve on last season's 11th-placed finish and push for a play-off spot. Hope here lies with Irishman Tadhg Purcell, who had an excellent second half to last season at Darlington and has joined Ian Sampson's team on a free transfer.

Paul Simpson, sacked at Shrewsbury towards the end of last season after failing to mount a promotion push, has a point to prove at new club Stockport. However, it won't be easy as the Hatters spent the whole of last season in administration and picked up only 25 points before a takeover in June secured the club's future. Their barren run included a 17-match winless sequence. I think a season of mid-table stability for Stockport would be a good achievement for Simpson - but more can be expected at his former club.

Shrews boss Graham Turner knows his way around the bottom division and I reckon veteran defender Ian Sharps is an excellent signing from Rotherham, while striker Matt Harrold should be a useful addition from Wycombe.

Gary Waddock could not keep the Chairboys up last season but has since overhauled his squad, bringing in four players from Brentford in addition to paying Peterborough £125,000 for striker Scott Rendell. Fellow forward Kevin Betsy has been excellent in pre-season and Wycombe should not struggle for goals.

Aldershot boss Kevin Dillon believes his squad is stronger than the one that reached the play-offs in May after a close season in which he claims to have cleared out the "whingers".

It will be interesting to see what effect moving into a new stadium has on Chesterfield, while a transfer embargo at Southend means it is unclear what impact new boss Paul Sturrock will have. Elsewhere, Chris Sutton will preside over his first full season as Lincoln boss, Micky Adams continues to build at Port Vale and Bury fans will hope for another tilt at promotion.

"There are a dozen or so teams that you could argue have a chance," added Still. "It is the teams that are able to show some consistency that will push out of the pack."

As for the Football League new boys, Still, whose Daggers team won promotion to the Football League in 2007, is confident they will give a good account of themselves. "Oxford United and Stevenage are both strong," he added. "When a team comes up into League Two their players are on a high."

Grimsby and Darlington were relegated last season, with the Mariners slipping out of the Football League on the final day of the season. This season, the bookmakers think Accrington Stanley and Barnet are the two teams most at risk. But Stanley boss John Coleman has vast experience of overachieving on a limited budget, while new Bees boss Stimson has had a busy summer after his appointment.

It should all make for a fascinating campaign and I have high hopes the forthcoming League Two season will once again provide rich entertainment. I would be delighted to hear your thoughts.

And don't forget, you can watch all the goals from League Two this season on the BBC Sport website. To whet your appetite, here's our pick of the best goals from the 2009/10 Football League campaign.