The hopes and fears of football's free agents

The Professional Footballers' Association's comprehensive list of free agents is as lengthy as it is depressing.

It took me ages to plough through the 31-page list of players who are out of contract. I was driven on by an almost morbid fascination to see who is suddenly facing an uncertain future.

There are the hundreds of players who are still in their teens - footballers I have never heard of but ones whose professional careers could be set to end in their infancy.

Then there are the likes of Liam Rosenior, Jeremie Aliadiere, Lee Hendrie, Francis Jeffers, Keith Gillespie, Russell Hoult, Gavin Mahon, Jay DeMerit, Barry Hayles - all experienced performers at a variety of levels, all united by the fact they are without a club.

But what also unites them all is that they can still be signed by clubs even though the transfer window has now closed. 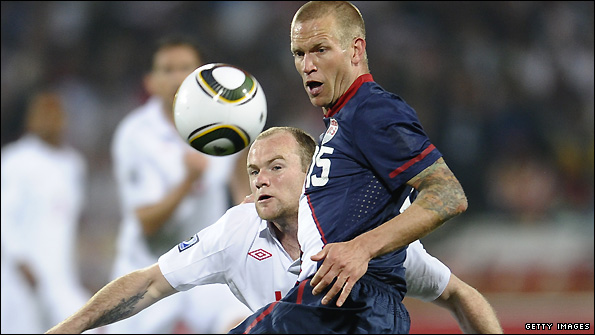 DeMerit competed against high-profile players at the World Cup

DeMerit, for example, is far too capable to be cast into the footballing wilderness and the defender, who was a regular for Watford during their 2006-07 Premier League season, is hoping that his situation will develop now the window has closed.

He started all four of the USA's games at the World Cup in South Africa but spent the weeks following his side's elimination on a beach in Bali contemplating his future.

The central defender had six years with the Hornets and felt he was ready for a new challenge, parting company with the Championship club on amicable terms at the end of last season.

"It is not that there has not been any interest but nothing has really bitten me," DeMerit told me.

"I am not suggesting that I am going to get a move to Chelsea or anything like that but I am hoping there are teams in England or around Europe that can test me at the highest level.

"I like to think that I have got a lot to offer. That was the original thinking, but things haven't really gone to plan."

DeMerit expected to have found a new club by the start of the season but instead found himself watching from the stands at Vicarage Road as Watford hosted a Coventry team managed by former Hornets boss Aidy Boothroyd.

"I was there watching all my mates playing, it was all a bit surreal," he added.

DeMerit has found it frustrating waiting for a sluggish transfer market to kick into life but told me he always has the possibility of returning home and joining a Major League Soccer club if nothing emerges in Europe.

I thought he sounded relatively upbeat about his situation as he repeatedly stressed the need to be patient and hold out for the correct offer rather than rush into something that he might regret.

Veteran striker Barry Hayles did not sound quite so optimistic when discussing his prospects of playing another season of full-time football.

The 38-year-old was also out of contract last summer but managed to secure a one-year deal with League Two Cheltenham.

That expired at the end of last season and since then Hayles describes the market as "really quiet". 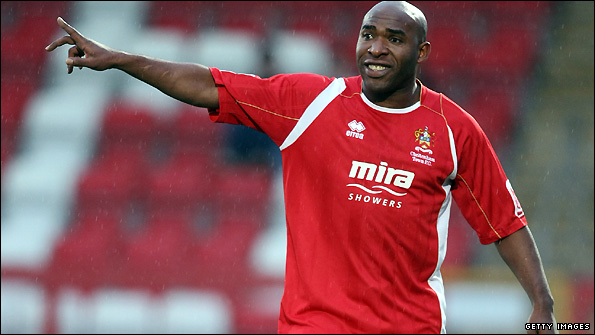 Hayles has attracted the interest of several non-league clubs

Hayles has been training with former Leicester and Bradford winger Jamie Lawrence, who now runs a football academy and is the manager of non-league side Ashford Town (Middlesex).

But what he has found really strange is watching the latest scores come in on television on a Saturday afternoon. Hayles laughed ruefully when I asked him about it and described it as weird before adding that his missus was quite happy about it.

His current predicament leaves Hayles facing the prospect of seeking work outside football. He started out in the building trade, still has mates that are involved in it and is considering some kind of return to that industry.

Hayles is a veteran of numerous clubs including Bristol Rovers, Fulham, Millwall, Plymouth and Leicester. Fulham paid £2m for him in 1998 and he was a regular as the Cottagers won promotion to the Premier League in 2001.

"I'll sit tight and see how this week goes but I don't want to leave myself high and dry because there has been a lot of interest from non-league clubs," said Hayles.

"I would not say I've found it stressful but I wish there was light at the end of the tunnel."

The Lambeth-born striker has scored in all four divisions and can at least reflect on a successful career - but the situation is very different for 25-year-old Simon Whaley, who is trying to rebuild his after a disastrous season. 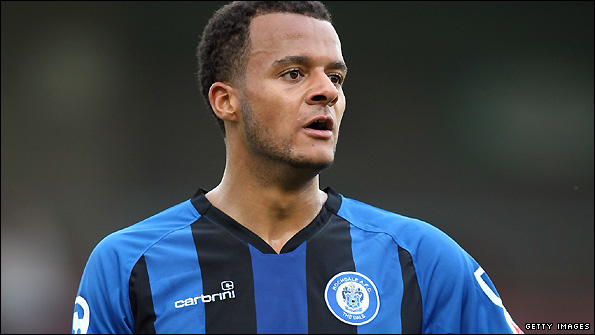 Whaley is desperate to prove himself and secure his family's future

Whaley joined Norwich last summer but fell out of favour under new manager Paul Lambert and left the club at the end of January. He picked up an injury in March that required an operation while on a short-term deal with Chesterfield and finished the season looking for a new club.

"Being a free agent has come as a massive shock but it just proves how much your situation can change," said Whaley. "Towards the end of last season my head was all over the place."

It is a far cry from the winger's early days at Preston. He joined from Bury in January 2006 and quickly impressed with his pace and fierce shot, helping North End reach the Championship play-offs. There were rumours of clubs offering £1m to sign him and a promising future in the game seemed assured.

A loss of form saw him fall out of favour and, although he returned to the PNE side after a loan spell at Barnsley in 2008, he was eventually sold to the Canaries.

However, Whaley sounded upbeat when I spoke to him, buoyed by the assessment of a specialist that had been recommended to him by the PFA.

His recent injury can be traced back to an operation he had at the age of 18 to remove some cartilage from his left knee - a procedure that left the joint almost bone on bone.
The specialist has put the winger on a tailor-made programme to strengthen the area by building the muscle groups around the knee and he is confident he will soon be ready to return.

"Word about the knee issue gets around and it kind of hangs over you," added Whaley.

"I need a club willing to take me on my previous record and so any deal would probably be a pay-as-you-play deal."

Whaley was so desperate to find a deal that he went on trial with League Two Bury during the summer despite being some way short of fitness.

"I did two weeks of full-blown pre-season training and played 90 minutes of a friendly match," he said.

"I should not have gone to Bury but it is hard - when you are trying to get a contract you will do anything."

Whaley also had a brief spell training with Conference National team Fleetwood Town, but he is now focused on returning to full fitness so he can grab with both hands any opportunity that comes his way.

Perhaps not surprisingly, he feels that he has a point to prove, but beyond that Whaley is motivated by the desire to impress one person in particular.

"I am not just doing it for myself anymore," he said. "I have an 11-month old boy Theo and I am doing it for him as well.

"I want to be given a chance to knuckle down and enjoy some success."

Whaley, like hundreds of others, is just waiting for the phone call that will give him another chance.