A wet and largely miserable February afternoon was being considerably enlivened by Northampton Town head of youth Geoff Harrop, who was on the other end of the telephone and talking in excited if secretive terms about his latest find.

Harrop had discovered a player at the trials he recently attended and now had the striker training with his youth team as he assessed whether to offer him a two-year scholarship.

My attempts to prise from Harrop the identity of the player failed, although I suspect he might have told me if I had pressed the issue. There was almost a tone of playful glee in his voice when he asked: "You don't really want me to tell you where he is from, do you?"

The point of all this is that Harrop spotted the player at the recent Football League exit trials.

These take place at different venues over three separate days in February every year and give youth players released by their current clubs the chance to try to earn a two-year scholarship somewhere else starting at the age of 16. 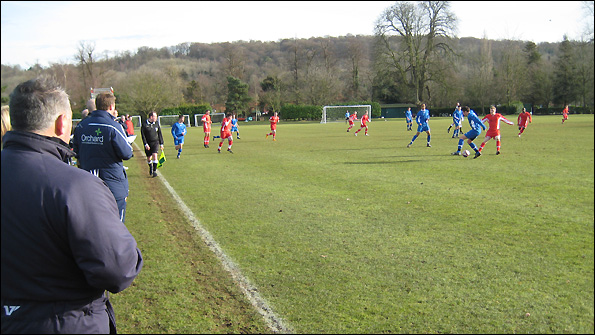 I first met the spiky haired Harrop on a crisp morning at the 2009 exit trial at Bisham Abbey. Back then he told me that he had spotted a central defender, although he eventually failed to persuade him to sign for the club.

Part of his problem is that any players who really stand out in any of the three 30-minute games that take place at each trial might attract interest from a club in a higher division than League Two Northampton.

"I've got to get on the phone to mums and dads," added Harrop. His main selling point is that first-team manager Ian Sampson is a former youth boss at Northampton and young players will be given a chance at Sixfields.

I also chatted to Charlton head of education Dave Regis at the 2009 exit trial. He had brought five boys to Bisham Abbey who Charlton had told would not be offered a scholarship when they left school.

If Harrop is optimism personified, then there is a steely, almost weary realism to Regis as he explains that some boys just totally disappear off the footballing radar once they are released at 15.

It is often not a question of ability but desire, mental toughness and a love of the game.

"I try to make as sure as possible that they are not wounded by the experience," said Regis, who could not remember what happened to the boys he took to the trial.

The Football League Trust's affable youth development business manager Jim Briden plays a key role in organising the trials and is a whirling dervish of activity as he deals with one matter after another on the day of the exit trials.

"Two years ago the standard was very high, it was not that great last year, but it was high again at the recent trials," he said.

Particularly pleasing for Briden was the fact that every Scottish Premier League club attended at least one of this year's trial days, with Aberdeen at all three. Manchester United also sent a scout along, although Briden is realistic enough to admit he was probably not on the hunt for players.

A total of 274 boys attended in 2010, with an estimated 140 scouts. The Football League has also sent out 116 letters of interest, which follow a scout asking for details about a player. There are a further 40 letters still to be written.

Briden estimates that in 2009 30% of the trialists were approached by clubs and of these 26 boys went on to receive apprenticeships, roughly 8% of the total who attended.

My thoughts turned to the three boys that I interviewed in 2009, Dawayne Campbell, Jimmy Becque and Grant Brown.

Campbell was a very tall central defender who had been released by Crystal Palace. While his mother looked on, Campbell explained how he thought he had played pretty well during the trials.

It was a day rich in nervous energy and, I expect, plenty of false bravado concealing the pain of a dying dream. But Campbell must have been true to his word because I heard that Aldershot showed an initial interest but he eventually joined Wycombe, featuring for the Chairboys in several pre-season games.

There were reports from early season on Wycombe's website of Campbell in action for the Under-18 team but these dried up. I contacted the club but my attempts to gather further details were largely unsuccessful.

At first I was told it wouldn't be a problem and that head of youth Richard Dobson would be able to supply details. When I called back I was informed that Campbell had unfortunately sustained some kind of serious injury and the club did not wish to make any comment. 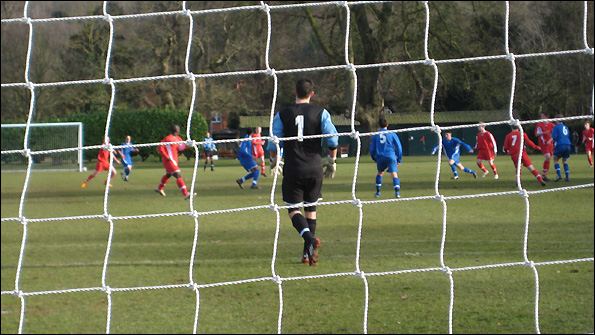 Becque had joined Coventry after being released by Wolves but the Sky Blues had now decided against extending his tenure with them.

The young defender seemed understandably nervous as his father looked on protectively.

Coventry helped to put me in touch with Becque's father, who e-mailed me to say that his son's footballing dream was alive and well after he had signed up for a scholarship with Southern League Division One side Chasetown.

Finally, there was Brown, who apparently had an agent and had been at the Hammers since the age of eight.

Brown talked honestly about the hurt of being told that his time at the Hammers was coming to an end but there was a relaxed and easy confidence to both Grant and his father as they discussed the prospects of finding another club.

I couldn't really blame them as most boys appeared to be from clubs outside the Premier League. It stood to reason that a central midfielder who had survived for so long in such a competitive environment must have something about him.

I was told some weeks after the trial that Swindon Town and Leyton Orient had expressed an interest but as far as I can see he is not registered with a Football League club.

I'm still waiting to hear back from West Ham about Brown but I did get a phone call back from Regis at Charlton.

He had kindly looked through his records and discovered that three of the five players he had taken to the 2009 exit trial at Bisham Abbey had been signed up by other clubs.

Apparently one is at Brentford, another at Wycombe and the third at Southend.

Regis sounded quite chipper as he told me and I thought, rather obviously, that they are three of the 26 who remain at a Football League club because of the trials. Keeping the dream alive.