Before you hit me with a sexism charge, please do read on...

The Football League has just launched a new supporters' survey - you can find it on their website and I would recommend you have a go as there are some quirky, original and interesting questions.

I recently came into possession of a document outlining the findings of a 1962 survey conducted by the Football League. I would wager the conclusions eventually drawn by the current version are radically different.

Worried by a decline in attendances, the League, which then presided over the top four divisions (then called Division One down to Division Four), commissioned the 1962 report to work out why it was happening and what could be done about it.

Nestled in among the reasons for crowds being on the slide is a section simply entitled 'Women'.

It reads: "On the whole women do tend to resent their men going out of the home to enjoy themselves - and this applies to football matches too," it reads. "Women themselves do not display much interest in football."

Are you laughing or horrified?

It's a truly staggering observation, but one that I think tells us more about how society, rather than specifically football, has changed over the intervening 47 years.

Another intriguing suggestion is that a general increase in the standard of living had presented people with a wider range of options in their leisure time - and football was being squeezed out.

This is categorised under the headline 'The overall social climate' and notes that people have "a greater variety of old and new leisure equipment, eg cameras, do-it-yourself equipment, cars, gramophone records and players, paper-backed books etc".

The thorny issue of the impact of television is also addressed. It had become steadily more popular throughout the 50s, but the report notes that "in general television only becomes an attraction when people become dissatisfied with football itself".

Nonetheless, when suggesting remedies for the decline in attendances the report concludes that television is a threat to football - and makes two subsequent recommendations.

"A - it would be unwise to televise matches at any time. B - football must be made more attractive than television then some ex-attenders may return as spectators."

Clearly, television and football were viewed as direct competitors. The notion that one is a broadcast tool and the other is a sport - and that they should work in partnership - had not yet taken hold.

Floodlit football and matches on Sundays were rejected as a method of attracting the menfolk back to football, while the theory that there was too much travelling by club teams was considered. Perhaps some reorganisation leading to greater frequency of local derby matches would help? Tell that to the organisers of the Champions League.

The findings of the survey were written by AD Bannatyne, PhD, and based on a sample of 4,046 people.

Compiled during an age before computers becamethe norm, the survey was hand-typed and neatly presented inside an A4 blue folder. At the top of page one, underlined and in capital letters, is the word CONFIDENTIAL. The rivets used to bind the document together are now rusty.

The methodology is described as a "randomised probability sample" and some of the conclusions are ridiculous. Could such a small sample really tell us with any accuracy that "frequent attenders last season who no longer go this season" tend to be skilled workers who live in the Midlands and the southern half of England? I suspect not.

In many ways I think the document is most interesting when considered as a piece of social history.

It was written at the start of a decade that would witness profound social and cultural change. By the end of the 1960s, man had been on the moon, children no longer dressed like their parents and the feminist movement had gained an irresistible momentum. The rigid W-M formation had finally disappeared from the English game and the Dutch were close to unleashing Total Football on the world.

The survey provides a glimpse into a bygone era, with all its inherent anachronisms. Yet in several ways the survey shows how certain themes in football have remained. Issues that concerned supporters back then still cause alarm today.

It explores "causes in the match itself" that have turned people away from the game.

After a rather verbose preamble, we are informed there are three main problems - football matches are slow and tame, they are unskilful and defensive and they tend to suffer from poor sportsmanship (fouls and dirty play).

What people really want, in order of preference, is football that is skilful, fast and clean.

"Standards of sportsmanship need brushing up if some groups (who are pained by foul play) are not to be lost to the game," it concluded. 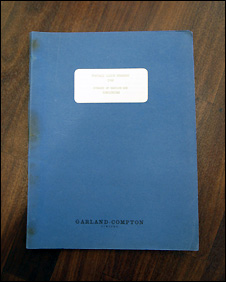 Is this much different from what modern supporters want to see? Certainly the Irish have been pretty upset recently by dubious on-field behaviour.

The survey also notes that out-of-date facilities, such as poor seating, toilets etc, drive people away from football. Combine that with poor parking facilities and bad weather and a supporter might just decide to do something less boring instead.

Related to the rudimentary standard of the stadia is the observation that facilities must be improved if women and young children are to attend in greater number.

This suggestion, which sounds very reasonable to me, is followed by this priceless comment: "In addition, attempts might be made to encourage the wives and girlfriends of football supporters to be a little more self-sacrificing by letting their menfolk for out to watch League matches."

Exactly what methods should have been deployed were not specified.

The Football League in its modern form has been running a supporter survey bi-annually since 2006. The results of the latest one will appear early in 2010. Questions relating to issues such as sin-binning and video technology are asked - and if you feel strongly about these I would advise you to have a go at the survey.

Just don't expect too much discussion about the women and their menfolk.