The secrets of football's Inner Circle

Sheffield Wednesday chairman Lee Strafford wants an investor to put £20m into the Championship club - and he is relying on an American firm to make it happen.

You probably haven't heard of New York-based investment bank Inner Circle Sports but it represented Tom Hicks and George Gillett in their takeover at Liverpool and brokered the deal that saw Ellis Short assume control at Sunderland.

And it is currently using what key personnel at the bank describe as their extensive contacts to find Strafford the investment he needs to try to realise his ambitious plans for the Owls to take flight.

If you include Birmingham, where Hong Kong businessman Carson Yeung is poised to take control, half of the Premier League is now in the hands of foreign ownership.

And as the extraordinary example of League Two club Notts County illustrates, even the right type of Football League club can generate interest from abroad.

But how can we be sure that wealthy foreign owners, many of whom are largely unknown in the United Kingdom prior to their investment, have the right intentions for the clubs that they buy? 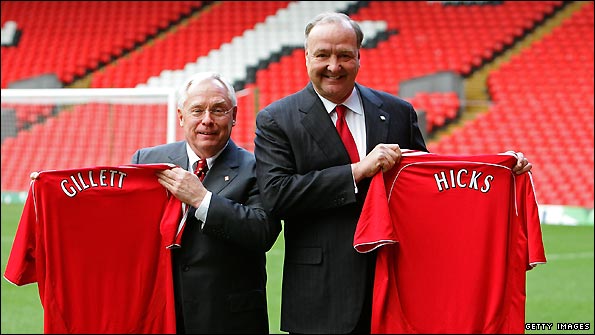 Inner Circle represented Gillett and Hicks in their purchase of Liverpool

Football clubs in England have a long history and tradition; they are inextricably interwoven into the fabric of the community to which they belong. Is that heritage in danger of being damaged by foreign takeovers?

Inner Circle makes its money-brokering deals, either on behalf of the club or the potential investors. The people I have spoken to at the bank insist they are selective both in terms of who it represents and how it matches an investor to a club.

"We are very open to having a conversation but before we take on an assignment we need to understand the probability of success," senior partner Philip Hall told me.

Inner Circle insists it conducts a thorough top-to-bottom analysis of a club before agreeing to represent it, from its history and tradition to the current financial situation and potential for growth. The deal makers want to get to the stage where they can answer any question a potential investor might ask. It might take months to work through this process - and concluding a deal once an investor shows a genuine interest can take even longer.

Similarly with investors, the people I spoke to insisted Inner Circle wants to make sure it is representing serious individuals, preferably with experience of other sports markets - and definitely not the sort of people that founder Rob Tilliss described as "promoter types who are trying to get their names in the paper".

Crucial to its success is correctly matching club and investor.

"What we try to do with our clients is educate them to be as realistic as possible about what the potential for a club in a certain market actually is," added Hall. "We always try to have the right fit."

Some investors are strictly focused on owning clubs that regularly compete in the Champions League. Others, such as Randy Lerner at Aston Villa, want to develop mid-level Premier League clubs and transform them into top-four outfits, while another type is happy to buy into a team outside of the top flight with the aim of realising long-term potential.

"If you invest in a top Premier League team you know you will be spending within a 10% band of the other leading sides but with a club like Wednesday it is a blank slate," Tilliss told me. "I think people are looking at it as an interesting opportunity."

Most of the investors that Inner Circle represents already have experience in the North American sports market. Liverpool's Gillett, for example, is the former owner of the Montreal Canadiens ice hockey team.

The theory is that American investors come to England with experience of a sports market that is further developed than the Premier League or the Football League. Therefore they can use their knowledge to develop revenue streams and thus increase the prospects of financial success at the club in which they invest.

When Tilliss founded Inner Circle in 2002 he held a firm view that there was a lot of growth left in the Premier League. Since then there has been what he describes as a "big rush" to invest in English football - with only a very specific type of investor now interested in buying a club.

"The market has changed dramatically over the past 10 years," said Tilliss.

"Back then there were ego buyers but today investors are, almost without exception, return driven and looking at it as a business - but they are emotional about their investment.

"After they acquired Liverpool I was sat with George and Tom at the Champions League final in Athens and they recognised buying a football club is not a straight-up type manufacturing business. You have got to make it a community asset and treat it with kid gloves."

Most of the investors Inner Circle has worked with so far are American but the global financial crisis has had an impact on the market. Tilliss expects a lot of future investment in the Premier League to come from Asia and his company is trying to develop ties in that part of the world.

Supporters can be suspicious of wealthy foreign owners sat in the stands proudly wearing their club's scarf. Who are they and why have they invested so much money?

"It is an interesting social phenomenon," added Tilliss. "Foreigners showing up to own British clubs is pretty destabilising."

Tilliss highlights the Glazer family's takeover of Manchester United in 2005 , which prompted huge protests from fans.

"It was thought they would slash and burn but that has not proved to be true," said Tilliss. "If you asked anyone to predict back then whether David Gill would still be chief executive in 2009 it would have seemed like a 0% chance."

"Ultimately fans care about winning if [a club with a foreign owner] is doing the right things on the field then they will be embraced," added Tilliss. 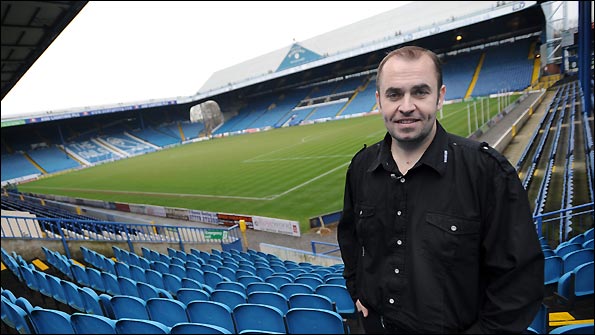 That said, I would be surprised if some supporters were not concerned at the increasing level of debt at United since the Glazer family became involved with the club.

When I asked Tilliss what had surprised him the most about English football since he decided to become heavily involved, he suggested the unwillingness of the regulatory bodies to embrace change and innovation, citing the Football Association's unwelcome response to the idea of the 39th game of foreign soil.

But this is clearly not enough to deter investors. Tilliss stressed during our conversation that football is an increasingly global business - rendering the notion of a chairman putting his hand in his pocket to prop up his local club increasingly archaic.

"As football becomes a global business it needs a global perspective to grow and be successful, and this will become more magnified in the next five to 10 years," he said.

The suggestion is that clubs who fail to embrace the global market place will be left behind because they will eventually lack the finances to compete.

Or as Hall puts it: "As more and more money pours into the sport, clubs will have to look outside their borders for more investment."

Foreign ownership of English clubs is more than a trend, it is as pattern that will undoubtedly continue and become more prevalent.

One question occupying Inner Circle at the moment is where future investment will come from in the wake of the global financial meltdown. Tilliss is predicting a lot of activity from Asia and his company are working to develop contacts and partnerships in that region.

Our beautiful game is changing beyond recognition as it goes global and there is no turning back the clock.

And if Wednesday supporters want to see their club return to the top flight it might require foreign investment to make that happen.

You can follow me throughout the season at twitter.com