Within 10 minutes of arriving at work this morning I heard three conversations about the fixtures list.

Firstly, a Sheffield United supporter who is presumably expecting some kind of promotion campaign bemoaned the fact that his team start their season against Middlesbrough, end against Roy Keane's Ipswich and face both Newcastle and local rivals Wednesday during the crucial month of April.

Secondly, a Tottenham fan was all raised eyebrows when noting that his team opened with a home game against Liverpool. Not the easiest to start the campaign, he seemed to suggest, but he was at least grateful there would be no repeat of recent opening-day trips to Middlesbrough, Bolton and Sunderland.

Then I heard the booming voice of our resident Bournemouth fan bemoaning the fact that the Cherries' season both starts and ends with lengthy away fixtures, while Boxing Day comprises a visit to Cheltenham. The three dates his extraordinary mind immediately searched out - and all away from home.

It made me think of a quote from Glenn Thompson, the man who owns the actual fixtures computer and does most of the work in terms of putting the list together.

"The problem with this job is that you are never going to satisfy everyone," he ruefully told me when I spoke to him last week.

As I write this a QPR fan has just walked into the office. He is delighted that his team open their season with a home fixture against Blackpool - bringing former boss Ian Holloway back to Loftus Road for his first game in charge of the Seasiders. 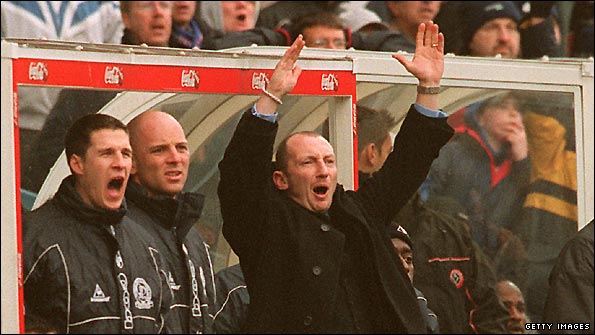 His joy was short-lived, tempered by the news that his team's trip to Newcastle takes place on a Wednesday night in late September. A weekend away killed by the fixtures computer. I imagine that every Championship supporter spent this morning checking out when they play Newcastle - particularly at St James' Park. However, with 10 rounds of midweek fixtures in the Championship some supporters are set for disappointment.

QPR finish their season with a home fixture against the Magpies. Chris, the Rangers supporter, has concluded, perhaps slightly tongue in cheek, that it is entirely appropriate as it will determine who finishes first and second in the Championship.

Newcastle, by the way, start with an away trip to West Brom. That strikes me as being a touch cruel. It was a Premier League fixture last season and I'm sure both sets of fans wish it still was. There is plenty to occupy their minds at the moment as neither set of fans knows who will be in charge of their club come August.

In the main, though, I like to think the day the fixtures are released is the point when the mind finally leaves behind the previous season and becomes infused with a sense of summer optimism for the forthcoming campaign. That most of the general sense of well-being about your team has been extinguished by the end of September (or perhaps even within minutes of the new season starting) is not something to give much thought to right now.

I have been told that Ian Todd, president of the Football Supporters' Federation and a member of the fixtures working party, thought this year's set of fixtures was perhaps the best yet in regard to minimising travel on inconvenient dates.

And in the light of the responses to the blog the other day, Glenn e-mailed with a few responses to various queries.

While acknowledging that the issue of distance could be built into the fixtures programme, he wrote: "This has to be considered along with all other constraints and parameters that make up the compilation process."

But he added: "This year in the Football League we have considered travel distances for the majority of midweek fixtures. Feedback from this season's fixtures will tell if we have made the correct decision to prioritise travel."

A lot of the comments also focused, almost inevitably, on Manchester United. One supporter suggested United had been harshly treated last season, with away trips to Portsmouth, Liverpool and Chelsea by the end of September. Needless to say, he was part of a miniscule minority.

There was plenty of speculation suggesting that United boss Sir Alex Ferguson has some kind of magical say over the compilation of the fixture list. I imagine the same people will have looked at the Premier League champions starting with a home game against newly-promoted Birmingham and slowly nodded their heads, as though this confirms their belief in some kind of conspiracy. 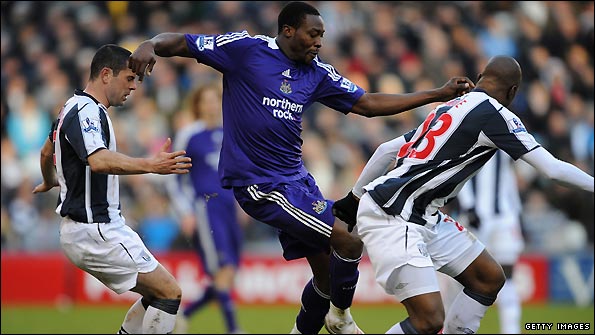 It is complete rubbish. The fixtures computer does not favour any club. It does not understand the concept of big or small clubs. Just stop for a second - does anyone really believe Ferguson has some kind of sway over the fixture calendar (Rafa Benitez aside perhaps)?

And anyone who thinks that United have some kind of advantage might care to consider the introduction to English football that new Chelsea boss Carlo Ancelotti will have - Hull (H), Sunderland (A), Fulham (A), Burnley (H) and Stoke (A). I wonder what he will make of the Premier League after that introduction.

Thompson also does the fixtures for the Scottish first, second and third divisions but not the SPL, who do their own fixtures. That Rangers begin the defence of their title against Falkirk has nothing at all to do with Thompson and his fixtures computer. Montrose against Elgin on Scottish Division Three, however, is a product of the work he has done.

Thompson reckons all the constraints as a consequence of European and international match dates made the compilation of next season's fixtures harder than usual.

He also reckons that the list came out better than he at one point expected. But the big question is - do you agree?