Secrets of the fixture computer

Ever wondered why you have had to travel the length of the country on a wet Tuesday night to watch your team in action?

Or you haven't played at home on Boxing Day for the last three years?

Like me, you've probably just blamed the fixture computer, that mythical piece of technology that determines where you will be and when throughout the football season.

I have always imagined it to be some great beast of a machine like bertha, firing out tickertape full of fixtures while some overworked scientist desperately tries to make sense of the information spewing forth.

The fixtures for the 2009-2010 season are released at 1000 BST on Wednesday and last week I spoke to some of the key people involved in the formation of the schedule.

I wanted to find out exactly how the fixture list is put together and just how difficult a job it is. Needless to say, I spent a large chunk of last weekend in a dark and cool room as my brain tried to come to terms with its most serious case of information overload since I asked my wife to point out my most obvious flaws.

Putting the fixture list together is incredibly complex - with a whole series of factors ensuring it is an increasingly difficult task.

Just to give you one example; every club is paired with another in regard to when they play their home and away fixtures. This is done for a number of reasons, one being so that clubs like Everton and Liverpool do not play at home on the same weekend.

West Ham, it turns out, are paired with Dagenham and Redbridge. But for reasons of revenue Southend request they do not play at home on the same day as the Hammers as they believe it impacts upon their attendance. 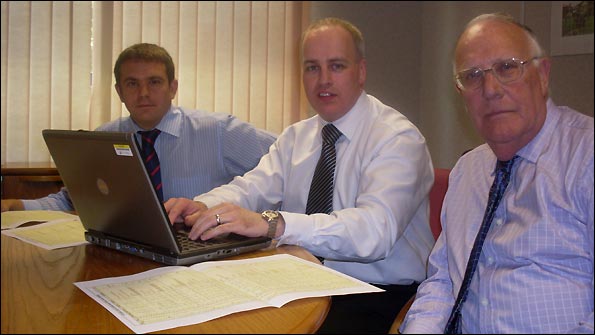 Confused? Read on and I guarantee you will be.

The compilation of the fixture list is done jointly between the Premier League and the Football League. The whole process starts upwards of a year in advance when Fifa and Uefa release their match calendars but work starts in earnest in the final months of the previous season.

The Football League, for example, sends out a questionnaire to all their clubs in March. This is a club's opportunity to request specific dates they would like to avoid and what other team they would like to be paired with. The questionnaire is jointly signed off by the police and also reflects their concerns - issues such as ensuring high-profile matches do not clash with big events in a city.

During this time the main man in the process - Glenn Thompson of Atos Origin, an international IT services company, - starts the process he describes as sequencing.

For most of the year Glenn works as an IT professional in Scotland but he has been compiling the fixtures since the 1993-94 season and describes the task both as an enormous puzzle and his summer job. He is the man who owns the laptop that is the fixture computer.

Sequencing involves mapping out on what days all the fixtures will take place and the pattern of home and away games that a team will play.

There are rules governing sequencing - for example clubs will play no more than two home games consecutively and, with one eye on the financial situation at lower league clubs, the games either side of an FA Cup fixture should not both be away from home.

But slotting all the fixtures into the calendar is becoming more and more difficult.

Paul Snellgrove is the Football League fixtures officer. I get the impression he is a very amiable man but mention the fixture calendar and it quickly becomes obvious this is a complicating factor in his life.

The increase in European club competition fixtures - with the inaugural Europa League next season - is eating into the available space; as are international friendlies and World Cup qualifiers. Next season is followed by the World Cup so the campaign ends early. The Champions League final next season takes place on a Saturday, eating into another weekend when Premier League fixtures cannot be played.

Out of necessity, next season's play-off finals are split across two weekends, with the Championship finale taking place on the same day as the Champions League final.

There are 10 rounds of midweek Championship fixtures to squeeze in, six for League One and League Two and four in the Premier League. Then you have the FA Cup, the Carling Cup and the Johnstone's Paint Trophy.

The process of sequencing took Thompson 10 days this year - and once the season finished he plotted his pairings into a grid and started wading through the lists of requests from the clubs and the police. Snellgrove estimated there were about 90 this year from the Premier and Football League clubs, while on average Thompson reckons about 80% of the home and away requests are accommodated.

He also manually creates the fixtures for Boxing Day and 28 December to try to minimise the travelling distance for fans. As Thompson readily admits, the computer has no concept of the distance between grounds.

Once the sequencing and plotting was finished - are you still with me here? - Thompson fed all the information into the programme on his laptop. The methodology was created in 1982 and was updated a decade ago. Way back when the computer was a desktop based in Wilmslow and compiling a division's fixtures was an overnight job. These days it can knock out a division in 5-10 minutes.

These might include issues such as potentially sensitive fixtures being played on the opening or final weekends of the season and derby fixtures taking place in midweek.

As Snellgrove puts it: "There is a huge amount of information crunched - by the time the fixtures actually come out the original list has been changed goodness knows how many times."

At this stage only Thompson sees the list, as he adjusts and tweaks it until he comes up with a calendar that he is happy to take to the Premier League and the Football League.

Last Wednesday, Thompson headed to Preston where he met with both the governing bodies - and a further process of refinement took place over the following days.

Thompson reckons he does the job because he enjoys it and derives great satisfaction from producing a body of work that has a very tangible end product. But it must be an agonising, head-scratching process that slowly strips you of the will to live.

For instance, every time a fixture is changed it affects at least seven other fixtures and can easily impact on as many as 48. 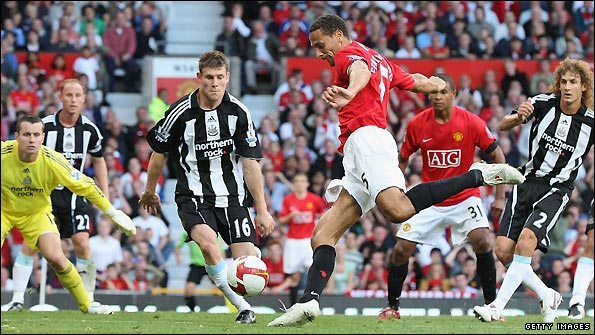 Ian Todd is the president of the Football Supporters' Federation and sits on the fixtures working party that meets to discuss Thompson's list. One year he objected to Morecambe playing at Dagenham and Redbridge in midweek. They tried to alter the fixture but found out that it would negatively impact on so many other games that what Todd calls "the least worst option" was to maintain the status quo.

The fixtures working party met last Saturday to discuss this year's calendar. In addition to Todd, Thompson and Snellgrove, the Premier League and Football Association are represented as well as people from the top flight, Championship, League One and League Two clubs.

Todd estimates he has between 30-45 minutes to scan the fixtures and point out any concerns that might impact negatively on supporters.

Monday involves a meeting with various police chiefs and the British Transport Police. Again, there are potential issues here that had never crossed my mind. They look at potential logistical problems such as whether there will be too many fans from different clubs all heading to one train station in London for a particular set of fixtures on any given weekend.

On Tuesday the list will be signed off and on Wednesday morning we will all see the fruits of a lot of hard work.

Not everyone will be happy but Snellgrove is confident that if certain clubs' requests have not been accommodated then at least he will be able to explain why.

Thompson sometimes has nightmares about the job but always hopes to produce a list that is balanced and neutral. He reckons this year's list will not be the best they have produced but will be far from the worst.

The story doesn't end there.

Over the following week Snellgrove will deal with requests by clubs to switch days. Clubs cannot move a game away from an allocated weekend but they can switch the day of the match. Cheltenham, for example, often play a home game on a Friday when there is a clash with the horse racing festival.

This year when I see some ridiculous fixtures my club have been asked to play I hope I show a little bit more understanding. Though I seriously doubt it.

The 2009-2010 Premier League, Football League and Scottish fixtures will be available on the BBC website from 1000 BST on Wednesday.