Who will win at Wembley?

The Football League season ends this weekend with the three play-off finals at Wembley.

Back in August there were 72 teams harbouring ambitions of promotion, just six still retain that ambition - and three of them will realise it over the coming days.

I would wager that there are few men more determined to spend their summer holiday contemplating life in a higher division than Burnley defender Graham Alexander.

His previous involvement in the play-offs came in a Preston shirt against West Ham in the Championship final in 2005. Alexander was 33 then and in his sixth play-off campaign. He had been a North End player for six years and the not unreasonable consensus among many fans was that the final was the right-back's last crack at the big time. Preston lost 1-0.

Fast forward four years and a lot has changed in the life of Alexander. He left Preston for Burnley in 2007 and is more likely to be found in a holding midfield role nowadays, cajoling his team-mates and directing operations. But arguably the most successful season in his long career could yet culminate with the Scotland international finally reaching the Promised Land. 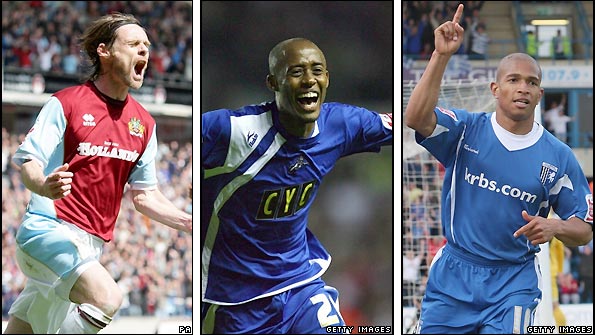 It will be their 61st game of a season in which the Clarets came within minutes of Wembley in the Carling Cup and reached the fifth round of the FA Cup. Burnley, as manager Owen Coyle is quick to point out, have used fewer players than any other team in the Championship but they have somehow resisted the onset of fatigue to seal their place in the play-off final with a semi-final victory over Reading.

Coyle has won plenty of generous praise this season, while Alexander, arguably the best penalty-taker in the game today, has played in every game. The Lancashire club has deservedly made plenty of friends along the way and seem to have an irresistible momentum about them.

The spectacular second-leg strikes by Martin Paterson and Steven Thompson at Reading spoke of fearlessness and a desire to express themselves; a group of players, in other words, modelled in the image of their manager. For vim and enthusiasm they are top of the pile.

But they have also been solid at the back of late, conceding just eight goals in 13 games since their FA Cup defeat to Arsenal in March. Alexander has spoken of the confidence his team gleaned from their cup exploits and I would not be surprised if they leave Wembley victorious.

But it won't be easy against a Sheffield United team that I thought not only outplayed Preston in their semi-final tie but impressed with their attitude. They played with great desire but they tempered their celebrations - it was the behaviour of a team that understands the most difficult task is yet to come. I thought it was telling that when manager Kevin Blackwell was asked about the significance of the play-offs he chose to point out that losing a final while in charge at Leeds cost him his job.

There is a definite story of unfinished business about the Blades. The bitter taste has not been cleansed after their relegation from the Premier League in 2007, though champagne on Monday might do just that. The lingering spectre of Carlos Tevez has been extinguished in the courts but needs to be done so on the field of play as well.

United have the tools to do the job - even if Jamie Ward and Darius Henderson miss out - and this is a tricky final to call, although I think Burnley have shown time and again this season they know how to win.

Scunthorpe only just made the play-offs, scoring a late goal to draw 1-1 with Tranmere on the final day of the regular season to snatch sixth place from their opponents. Their play-off semi-final against MK Dons was another tight affair, settled after a penalty shoot-out. But seven weeks to the day since their defeat to Luton in the Johnstone's Paint Trophy, the Iron return to Wembley looking to bounce straight back to the Championship.

After defeat to the Hatters, manager Nigel Adkins looked at his crushed and deflated players in the dressing-room and told them to bottle what they felt at that moment, to use it as a powerful motivating tool. What he said made a lot of sense and suggested a man who can seek out the positives from a largely disappointing situation. 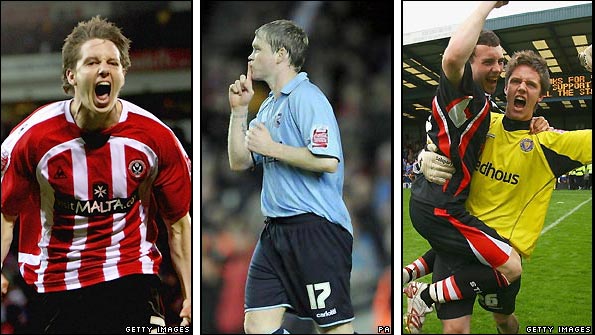 I just hope their final against Millwall produces the excitement of the Iron's 3-2 defeat to Luton, while another goal of the quality of midfielder Grant McCann's strike against the Hatters would be most welcome. McCann, a Northern Ireland international, has a sweet left foot and if you haven't seen too much of him, watch out if he is in possession in and around the opposition box.

To be frank, I did not expect Millwall to reach the final, simply because I did not expect anyone to beat Leeds. I thought - wrongly - the Yorkshire club had a momentum and confidence through the final weeks of the season that would take them all the way. In drawing with Leeds at Elland Road, Kenny Jackett's team deserve the highest praise.

I was particularly impressed with Zak Whitbread during the semi-finals. He might not be the skipper but he leads the back four, dictating the line they should hold, and along with Tony Craig remained strong against the considerable threat of Jermaine Beckford and Luciano Becchio. He also showed courage and determination in recovering from a blow to the head that looked particularly nasty as his team edged towards the final whistle at Leeds.

Second leg goalscorer Djimi Abdou is another one to watch, while many neutrals would be thrilled to see Neil Harris score at Wembley, and I think the Lions might edge a close final on Sunday.

The first final of the weekend sees Gillingham play Shrewsbury in the League Two encounter on Saturday. Before looking at that tie I'd like to mention both Bury and Rochdale. They have both had terrific seasons while operating on modest budgets, particularly the Shakers, who missed out on automatic promotion on goal difference, and Alan Knill deserves great credit for the job he has done at Gigg Lane.

Shrewsbury, of course, sneaked past Bury on penalties, some would say with a hint of fortune in their favour. However, there is no doubt that Shrews boss Paul Simpson knows how to get out of League two - he did it with Carlisle.

Simpson could be forgiven for using the events of 13 September as inspiration for his pre-match team-talk. The Shrews smashed Gillingham 7-0 in a League Two fixture at the New Meadow - though Gills boss Mark Stimson might counter by pointing out that Liverpool hammered Crystal Palace 9-0 in a league fixture in 1989 but were beaten 4-3 by the same opposition in a classic FA Cup semi-final towards the end of the campaign.

Incidentally, my attention was drawn to a superb headline on the Kent News website the other day - "Chairman Scally: 'Gills can be a Premiership team'". One step at a time Paul.

Both teams have very useful lower league strikers in Grant Holt (20 goals for the Shrews) and Simeon Jackson (19 for Gillingham) and I'm hoping for an open game to set the tone for a gripping weekend. Holt versus Gills centre back Simon King should be a fascinating contest.

Some of the semi-final ties were understandably cagey at times but as the curtain comes down on the Football League season I have high hopes for a weekend of exciting and dramatic football (subject to plenty of early goals).

All three ties look very close but I'm tipping Burnley, Millwall and Gillingham - so fans of United, Scunthorpe and Shrewsbury can expect a weekend of unbridled joy and success.