Lottery of the tribunal system?

Love him or loathe - and he is generally a man who divides opinion - no one can question that Crystal Palace chairman Simon Jordan is a man who speaks his mind.

And on his mind last week was the outcome of the Football League tribunal that decided Tottenham must pay his club £700,000 for teenager John Bostock. 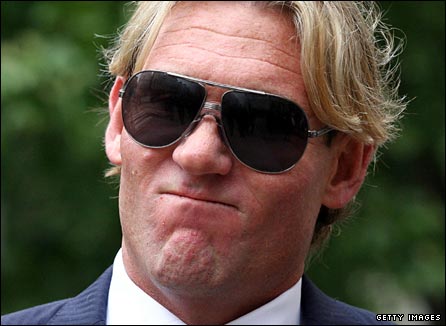 The fee could rise to £1.25m depending on appearances, way short of the £2m rising to £2.5m that Palace wanted.

In case you don't know, Bostock is a 16-year-old midfielder who became the youngest first-team player in Palace's history when he made his debut against Watford last October at the age of 15 years, 287 days.

Having won a place at the Palace Academy as a seven-year old, Bostock has since been mentioned in the same breath as Chelsea, Manchester United and Barcelona.

Former Palace boss Peter Taylor has said of Bostock: "He can be a great player."

Needless to say, the colourful Jordan was less than enthused by the tribunal's decision.

"For a tribunal to reward a purportedly bigger football club in Tottenham to take one of the most gifted young English players in the country for a sum of £700,000 is nothing short of scandalous," he said.

"I have an academy who have produced a world-class footballer for someone else and got paid two-and-sixpence for it."

Jordan, never afraid of a touch of hyperbole, added that Bostock had been "nourished and cherished" for nine years at Palace.

And his major gripe was that the tribunal completely failed to reflect the current transfer market, citing the transfer of Welsh teenager Aaron Ramsey, who moved from Cardiff to Arsenal for £5m in June.

You could claim that Jordan's argument is one of self-interest and that to use the example of the Ramsey transfer is disingenuous since Arsenal have clearly gambled on potential, as they did with Theo Walcott, and may have paid handsomely over the odds.

But I can see Jordan's point.

I'm not saying that Bostock is currently worth as much as Ramsey, but does the decision of the tribunal really reflect his current worth in the transfer market?

And if the tribunal system in general does not accurately reflect what is happening in the real world then is it not something to be feared by every selling club?

Especially if that selling club exists outside the top flight and is parting company against its will with a home-grown player.

Please prove me wrong, but how many tribunal decisions can you name where the valuation of a player has seemed ridiculously high?

The argument is often put forward that a sound strategy for lower league clubs is to develop their own talent, but if Premier League clubs can then come along and purchase them for, as Jordan put it, "two-and-sixpence" then what is the point?

In football's financially top-heavy world, the tribunal system must protect clubs outside the top flight otherwise we will be hearing a lot more from unhappy chairmen in the Football League.