More claims that the work programme is failing disabled people 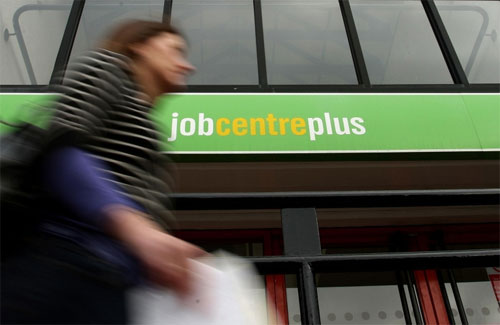 On Sunday, 5 live Investigates revealed evidence suggesting that some clients on the Work Programme are encouraged to become self-employed when it may not be appropriate for them.

The programme heard from people who had been advised to sign off from receiving Employment Support Allowance (ESA) and claim working tax credits instead, even if they had no realistic prospect of making money and would be unlikely to be working the necessary number of hours.

One disabled woman the programme spoke to, who didn't want to be named, claims that her advisor attempted to push her in to working for herself, even though she wasn't interested and didn't feel able to run her own business.

Despite the fact that she had not had a job for eight years, on her very first Work Programme appointment she was told by her advisor that going self-employed would leave her financially better off.

She said: "He'd say, 'because you have a disability, it'd be better for you because if you're ill, you don't have to work'. I couldn't understand how that would be viable because obviously, if I was self-employed, I'd have to work to bring an income in."

Work Programme providers are paid for getting clients off unemployment benefits and into continuous work. They usually receive payments after a client has been in employment for six months. But bonuses of up to £3,500 can be given if a client from the hardest to help group, usually an ESA claimant, comes off benefits for just three months.

Some of the people reporter Hannah Barnes spoke to, suspect that they are being pushed into self-employment inappropriately, so that work providers can get their back to work bonus.

In reality, these clients don't gain employment, they simply go from being on Employment Support Allowance or Job Seeker's Allowance to claiming working tax credit. When receiving this benefit, they are no-longer considered unemployed and can come off their work provider's books after three months or six months respectively.

Speaking to Hannah, the anonymous disabled woman said that her condition is painful and incurable. Her advisor, who she described as being like a used car salesman, suggested that she could earn about £20 a week ironing or selling things online, but claim 30 hours a week in working tax credit - a situation which seemed to her "quite fraudulent" and one which would make her look like she had a full time job when she didn't.

Sue Royston from the National Association of Citizens Advice Bureaux, confirmed that, as a disabled person, this woman would indeed earn more in tax credits than she had on benefits during the first few months of self employment. This is because the system expects working to cost more due to her disability and also, it is assumed that a business won't earn much money in its first 12 months so she is afforded extra support to help her make a success of her business.

But while job seekers are removed from the Work Programme if they appear to have been in full-time employment for three or six months, it might be up to 12 months before they are checked on by the HMRC. "After a year or so", Sue told 5live, "they are going to ask you to prove how much work you have done. And if they decide that all the hours you are working are not in reasonable expectation of payment, all the working tax credit you've been paid from the beginning will be seen as an over payment". This would mean that the tax credit would have to be repaid in full.

Sue says that Citizens Advice now sees many people who have found themselves thousands of pounds in debt, because their business has failed and they are forced to pay back the working tax credit.

Kirsty McHugh, CEO of the Employment Related Services Authority, the body that represents the companies who deliver the Work Programme, expressed surprise when faced with the evidence 5 live Investigates had uncovered.

"The providers of the work programme only get paid if one of the job seekers gets into work and stays there for six months", she told 5 live. "So there's no point in giving advice to somebody who is not interested in self-employment, because they're obviously not going to make a go of it as a business, and therefore they are not going to be up and running for six months - and the work programme isn't going to get paid. The incentives are not in the system for job advisors to push people in a way they don't want to go."

On the programme, McHugh did not directly address the lower three month bonus that can be received for getting someone on ESA into employment.

Private companies charged with delivering the Work Programme, a £5bn scheme aimed at helping long term unemployed people back in to a job, have been under scrutiny in recent days.

Last Monday's Panorama explored why out of 68 thousand people on Employment Support Allowance, only one thousand have been found a job lasting longer than three months via the Work Programme. This is despite the fact that work providers get more money for helping harder to place clients, most of whom are ESA claimants.

The anonymous disabled job seeker 5 live spoke to, seems keen to work. Ending the interview on a tearful note, she said: "I know I'll need a bit of support and I'll need an employer that would be considerate towards me, but all I'm looking for is for somebody to give me an opportunity."

• This episode of 5live Investigates can be listened to online for five more days.