What are the Deaflympics? 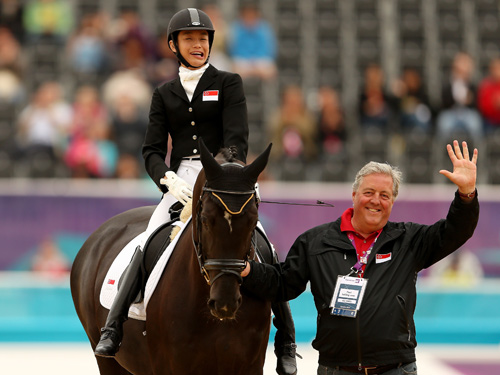 Deaf people do not have a specific classification at the Paralympic games and can only compete if they have an additional disability which meets the Paralympic criteria. In an email interview, president of the International Committee of Sport for the Deaf, Craig Crowley MBE, explains the current options for elite athletes with a hearing loss.

What are the Deaflympics?

The Deaflympics are exactly what the name implies: a multi-sport competition for the best deaf athletes from all over the world. Our Games have been held since 1924, when they were first created by deaf people for deaf people. Starting at modest beginnings of 148 athletes from nine countries, the Deaflympics have grown to the 2,493 athletes from 77 countries that took part in Taipei in 2009. Even more are expected in Sofia next year.

At the Deaflympics, as with all deaf sport, visual cues ensure a level playing field. Our races are started with a light. Our games are refereed with flags.

Are deaf athletes permitted to take part in either the Olympic or Paralympic Games? 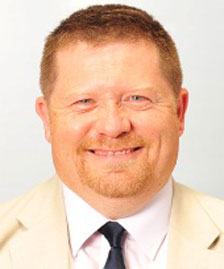 People with a hearing loss are free to compete at the Olympic Games. In the London 2012 Olympics for example, the US team alone had three deaf people: A new Olympic champion in basketball Tamika Catchings, volleyball player David Smith and diver Chris Colwill.

Since there is currently no unique classification for deaf athletes in the Paralympics, they require an additional disability which meets one of the Paralympic criteria to participate.

Singapore Paralympian dressage rider Laurentia Tan (pictured above) fits the bill. She is deaf and also has cerebral palsy, so she competes as a CP athlete.

What are the difficulties for deaf athletes competing in the Olympics or Paralympics?

Just as you would expect, the issues are around communication: whether it's the starter communicating with the athletes at the beginning of a race, or team-mates making decisions mid-game.

Laurentia Tan, who competes for Singapore but resides in the UK, is accompanied at competitions by a sign language interpreter, which she says has "really made a positive difference to my experience".

Unfortunately, interpreter fees often have to be covered by Laurentia's parents, as she has struggled to get funding or sponsorship to pay for them.

According to UK Deaf Sport, the request for Tan to get accreditation for her qualified sign language interpreter was met with a negative response from London 2012.

And there were communication difficulties for spectators with a hearing loss, who attended the London 2012 Olympics. Plenty of announcements were made in French during the competitions but pitifully few in sign language.

What are the wider issues for the Deaflympics?

The International Olympic Committee (IOC) did a deal with the International Paralympic Committee (IPC) in 2001 to provide equality of opportunity for Paralympic athletes. So Paralympians have access to the same venues, Olympic Village, transportation, technology and so on as the Olympians. Eleven years later, Deaflympians have not been offered the same equality of opportunity.

We strive to provide the best conditions possible for our athletes at our competitions, but national governments often sacrifice support for deaf athletes to favour Olympians and Paralympians. In the UK, the government axed all funding to elite deaf athletes in the name of creating more Olympic and Paralympic medal winners at London 2012.

The IPC has mechanisms for bringing in new sports or new countries, but not for bringing in a new disability. We did ask IPC to have events just for deaf athletes at the London 2012 Paralympics but were rejected.

Equality of opportunity is what deaf people would prefer. Give our athletes the same chances that all the others enjoy. Yes, some of our athletes are good enough to compete against hearing athletes, but that is no reason to deny them the chance to compete against each other on the best possible stage. After all, nobody would suggest the whole Paralympics be cancelled just because Oscar Pistorius was fast enough to qualify for the Olympics.

In terms of competitions, the Deaflympics will go on. But we'd also like to see our athletes in other competitions too, like the Commonwealth Games, where athletes with a disability have their own medal events. This will help to raise visibility, hopefully to the point where a few more sports ministers around the world take notice.

And we're working hard to ensure that host cities of the Olympic and Paralympic Games no longer overlook Deaf people, either as athletes or spectators.