Panorama, Disabled or Faking it 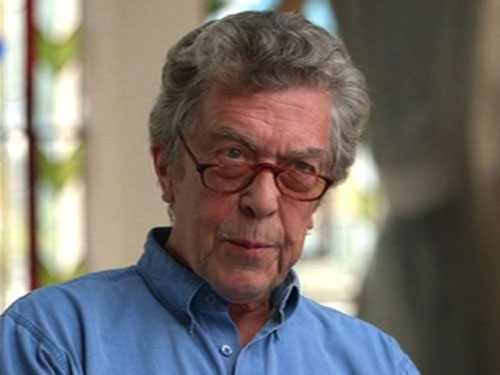 Disabled film-maker Kate Ansell directed tonight's Panorama about Employment Support Allowance and the controversial assessment used to determine if people are entitled to receive it. Here she blogs about the making of it and what you can expect to see.

Tonight, a Panorama investigation into Employment Support Allowance assessment and its impact on disabled people who are unable to work broadcasts on BBC-2. I directed the film, alongside producer Julia Berg and reporter Declan Lawn.

Yesterday, sitting in a darkened edit suite, finalising the script while struggling to open the childproof cap on my anti-spasmodic medication, rearranging the furniture so I could sit comfortably, groaning at the pile of Access to Work paperwork I have to complete when this is over, I did consider the ironies of the situation.

As most disabled people know, Employment Support Allowance was introduced in 2008 to replace Incapacity Benefit, and all 2.6 million IB claimants are in the process of being migrated across to ESA. Officially, a central reason for the change is that many people have claimed IB for a decade or more, and no one has ever asked them if they want to or can return to work. In practice, with almost a third of IB claimants who have been reassessed being found 'Fit For Work', many have wondered if this is instead an exercise in getting disabled people off benefit in a time of recession - I wanted to find out.

As someone with a significant impairment who does work, most of the time, I know that it's possible for disabled people to succeed in the workplace. I also know that it can be really difficult and, however much I want to work, I probably won't always be able to.

As a disabled person, I'm well aware of the noise that surrounds the Work Capability Assessment process which decides whether someone qualifies for ESA, and the many criticisms which have been levelled at it. As a journalist, I was keen to establish the reality of the situation. Declan, Julia and I set about finding out.

Along the way, we spoke not just to claimants, but to human beings involved in the Work Capability Assessment process, including five who have carried out the controversial face to face medical assessments. In an anonymised statement, one of those assessors told us there are pressures for healthcare professionals to see eight claimants a day, and not to put more claimants than average in the support group - the group where the highest benefit payout occurs and where the most severely disabled claimants, who are unlikely to work again, end up.

We also spoke to Professor Malcolm Harrington, currently carrying out an independent review of the process on behalf of the Department of Work and Pensions, who told us the WCA is "patchy" and there are people currently going through the system who are suffering.

The DWP's review is due to last five years. Prof Harrington told us he is leaving at the end of this, his third year.

Panorama also met Andy King, who was placed in the 'Work-Related Activity Group' - for people who might, with support, be able to return to work. This occurred while he was in the Maudsley Hospital, sectioned under the Mental Health Act. At the time he was in a catatonic state and unable to speak. He has bipolar disorder and feels that being migrated from Incapacity Benefit to ESA contributed to the worsening of his health.

The Maudsley's dedicated welfare team told us that they have come across many similar cases of service users with severe psychiatric problems being inappropriately assessed, so much so that they say dealing with ESA claim problems like Andy's is putting pressure on hospital resources.

We met the family of Stephen Hill, who died of heart failure just 39 days after being found fit for work, and Sharon Thompson, who has successfully appealed against two decisions to put her in the 'Work Related Activity Group' despite a progressive impairment which leaves her in constant pain and requiring full time assistance from her husband.

ATOS Healthcare, who run the WCA tests on behalf of the DWP, deny there are any targets in their system, and acknowledge the process can be stressful for claimants. They say their staff are trained to treat people sympathetically and professionally, and they will investigate any serious suggestion their work has fallen below standard.

Employment Minister Chris Grayling told us the system is being improved and is about improving the lives of disabled people, rather than forcing them back to work.

You can watch the full Panorama report on BBC Two at 8:30pm tonight, or on iPlayer afterwards.