On the web: Olympic travel news, hate crime and more 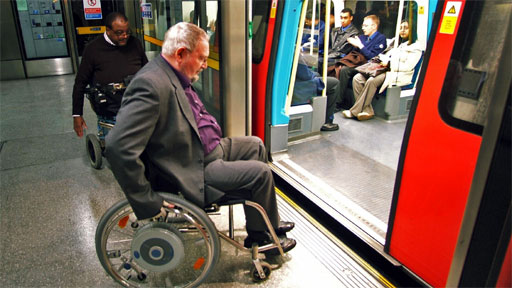 • The Olympics and Paralympics, which take place in London from late July through to early September, are predicted to see a huge increase in people travelling around the capital on public transport. In preparation, Transport for London has updated the accessibility section of its site with a series of new informational films introducing disabled visitors to accessible travel in the city. There's an introductory video presented by Dame Tanni Grey-Thompson, followed by short films looking at travelling by bus, tube, overground rail, taxi and river. All seven videos are also available in audio described and BSL versions.

• The disability community on Twitter has been tweeting and retweeting some sad news this week: the death of disability rights campaigner Karen Sherlock (known on Twitter as Pusscat01. Kaliya Franklin posted 'Karen's Story' on her blog, Benefit Scrounging Scum.

• This year's Learning Disability Week runs from next Monday, 18 June, through to Sunday 24 June. It continues with the theme of last year's event, concentrating on a campaign against disability hate crime. There are also events happening across the country.

• In the US, a new reality TV series has just premiered on Sundance Channel. Push Girls. It follows the lives of four wheelchair-using women in Los Angeles, California.