The season of the dwarf

It's TV limelight time for people of restricted growth in the next few months. 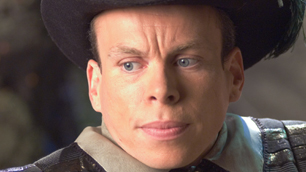 • In July, BBC Three are continuing the story of Jasmine Burkitt with a four part series. We previously met her in a one-off documentary Small Teen, Big World which followed the relationship between 'Jazz' and her mother Bev, who is also a short person.

"Small Teen, Big World is the most viewed single documentary ever on BBC Three" said a spokesperson from the programme's makers, Nine Lives Media. "It was beaten only by Junior Doctors and Our War, which are both longer series".

Jazz now has a multi-part series: Small Teen, Bigger World, where she meets her long lost father and seeks greater independence as she moves towards the end of her teenage years.

Channel 4's website says: "During the Christmas pantomime season all across Britain, people of restricted height - some of whom are employed in ordinary jobs from February to November - take on paying roles in the theatre ... [it] aims to cut across some of the preconceptions that small people often encounter."

Web pundits are suggesting it could be a big hit perhaps as big as the internationally popular US show Little People, Big World which ran for four years.

• The long-awaited sitcom Life's Too Short, from Ricky Gervais, is also on the horizon. It stars Warwick Davis (Professor Flitwick in Harry Potter) and a star studded cast in similar vain to Extras where Davis originally met Gervais. It looks at life as an actor with restricted growth.

Gervais is the master of 'saying the wrong thing when trying to say the right thing' and somehow brings an understanding nation along with him via his cringeworthy observations.

The sitcom is being filmed right now and Gervais is regularly calling Richard Bacon's Five Live show in the afternoons, giving updates on their progress. Last week we discovered that Hollywood actor Johnny Depp is appearing on the show. Who else is lining up to embarrass themselves? You may just find out if you tune in to your radio next week.