Are you incandescent with rage over lightbulbs?

Incandescent lightbulbs ... it was a pun, see? Oh, never mind.

Right, well, quite the strangest news story going around in these cash-strapped times is that the UK is experiencing something of an unseemly consumer rush on lightbulbs. Yes, lightbulbs of all things. The old incandescent filament-style bulbs are selling out in their hundreds, leaving shelves empty all over the country. Why? Well, it's because they're about to be banned. The brightest 100 watt ones are going first, to be followed by all the other wattages (60 watt is my favourite, but then I'm a bit of a traditionalist) over the next three years to 2012.

It's all part of moves by the European Union to protect the environment. Their new regulations have set minimum energy efficiency targets for bulbs, meaning that the old-fashioned filament sort is out, and we're going to have the modern energy-efficient variety. The EU claims that this legislation will save the rough equivalent of the energy consumption of Romania. 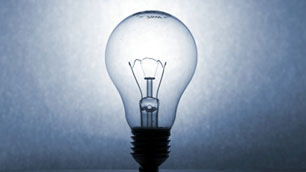 You'd think, then, that in our increasingly environmentally aware society, this move would be welcomed with open arms. But no, there have been vocal protests - and not just from perhaps rather more predictable quarters such as the DailyMail, which has been giving away 25,000 traditional lightbulbs in outrage at further European intervention in British affairs.

Of more interest to us here at Ouch! are the concerns being raised by various groups of disabled people, who say that the demise of the humble incandescent bulb will adversely affect them - from partially sighted people who rely on the brightness of 100 watt bulbs, which cannot be equalled with the energy-efficient alternatives, to those with conditions such as epilepsy, migraines and lupus, where it's claimed that the more modern bulbs can worsen their symptoms.

Last night, Radio 4's PM programme featured a short debate on the matter between John Bowis, the Conservative MEP spokesman on Environment and Health, and Dr Matt Prescott of Ban the Bulb. You can still listen again to the programme on iPlayer - go to 48:52 for the start of the item. 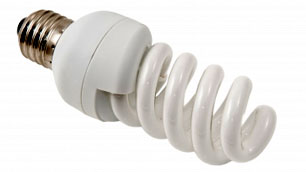 Mr Bowis pointed out that this legislation will affect a "small but significant number of people" and "would mean pain, would mean disfigurement, would mean panic attacks, would mean inability to go into public places, because they cannot cope with the damage to their particular illness - like lupus, epilepsy or autism - which these new bulbs would cause". He also mentioned possible adverse side-effects for people with psoriasis, eczema, migraines, asperger's and ME. His stance was that the ban should not be halted, but that it should at least be delayed until an adequate alternative to incandescent bulbs is available for those who need it.

On the opposing side, Dr Prescott from Ban the Bulb accepted that there were certain health problems that could arise as a result of the ban, but that targeted medical exemptions could be made - for visually impaired people, for instance, and those with light-sensitivity issues. He maintained, however, that this shouldn't be used as a pretext for keeping the old lightbulbs on the shelves for everyone, which he felt was a danger at the moment.

So with the ban on its way, and the first incandescent bulbs vanishing fast, will such medical exemptions be granted? Are we about to see lightbulbs made available by prescription, and collected from your local high street chemist along with your medication? Or maybe traditional lightbulbs will go underground, onto the black market. Men with ridiculously padded overcoats sidling up to people on street corners, and whispering "Okay guv'nor - I've got 100 watt, 75 watt and 60 watt under 'ere. A special rate to you - just fifty quid for a pair. Can't say fairer than that now, can I?" The mind boggles ...

Are you worried about the imminent ban on incandescent lightbulbs? Is your disability likely to be adversely affected by the energy-efficient bulbs that we're all going to be compelled to use? Tell us what you think in the comments.