Lord McNally, the minister in charge of freedom of information policy, says he once tried to submit an FOI request himself. He submitted his application to Network Rail - only to be frustrated when informed that this government-created company falls outside the scope of the Freedom of Information Act.

This was before he was a minister and so before he gained the knowledge of the UK's FOI system that he now possesses. Yet his experience illustrates one of the controversies that currently surround FOI policy - how far the right of access to information can, or should, extend. 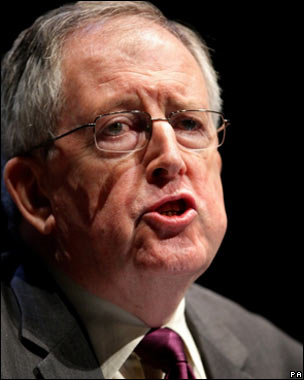 Earlier this month his government announced plans to broaden the scope of FOI to additional bodies, including various private organisations with public functions.

But ironically this did not extend to Network Rail. Although both coalition parties pledged before the election that it should be covered, Lord McNally says they will now wait while the restructuring of the rail industry is under consideration.

"It was discussed, but it didn't make the cut", he told me when I interviewed him about the government's current thinking on FOI policy.

Lord McNally gives every impression of being delighted with his area of responsibility within the Ministry of Justice. "I came into government convinced of the value of FOI, and I'm still an enthusiast. Freedom of information is the best guarantee of good government. It encourages people to behave properly and not cut corners."

"I've been an enthusiast for freedom of information for 40 years", he adds. In the 1970s, as Tom McNally, he worked for the Labour prime minister James Callaghan in Downing Street. He recalls that he tried unsuccessfully to persuade Mr Callaghan of the merits of FOI then.

But Lord McNally notes that his current colleagues in government include some who do not share the keenness he proclaims for freedom of information.

"If we all shared my enthusiasm, we might have a more radical policy than we've got," he says. "Some of them share Tony Blair's view". Mr Blair made it clear in his memoirs that introducing the FOI Act and thus helping to supply heavier ammunition to his enemies was one of his major regrets about his premiership.

Those now unhappy about FOI include some officials, according to Lord McNally. "I've had very senior civil servants say to me that we've replaced the normal process of decision-making with a 'Post-It note culture'". In other words, some advice is written on sticky notes which are then discarded rather than kept for the record.

The minister insists he has not experienced this himself, however. And he adds: "I've seen no sign of a chilling effect. I've not been aware of anyone pulling punches with the advice they've given."

Instead, he argues, "I suspect it's had the impact of improving the quality of advice. People make sure their submissions do cover the waterfront. I see it as a thoroughness effect, not a chilling effect."

"I'm not sure we've yet squeezed the culture of secrecy out of government. It varies from department to department. But the balance is changing. The more people get used to transparency, the more it will become accepted as the order of the day."

One minister who has previously expressed serious unease about the tendency towards greater openness in government is actually now Lord McNally's boss, the Justice Secretary Ken Clarke.

Perhaps appropriately for a minister in charge of transparency, Lord McNally is willing to confirm that he and his boss don't see eye to eye on this topic. "There's a difference between me and Ken Clarke. Ken is not an enthusiast for FOI."

Mr Clarke has been particularly resistant to extending FOI to private companies, even where they perform public functions, arguing that instead they should be answerable to their own shareholders. Lord McNally says that he would prefer to take a broader view of their role and bring more of those with public functions within FOI.

He strongly maintains that attitudes within the government to openness and information rights do not split on party lines. A Liberal Democrat himself, he states: "My biggest ally is Francis Maude with his transparency agenda and also Eric Pickles with his for local government."

The formal consultation process which is legally required for the proposed extensions to FOI is now beginning. But further developments on FOI policy may later follow from another decision announced this month - to subject the FOI Act to a process known as "post-legislative scrutiny",

The Ministry of Justice will draw up a memorandum reporting their assessment of how the Act is working in practice. It will then be examined by a parliamentary committee.

Lord McNally says he is committed to building up the role of Parliament and he sees the FOI legislation as "an ideal Act to submit to post-legislative scrutiny". As a law passed in 2000, it is not automatically involved in this procedure in the way that applies to more recent legislation.

When discussing what might come out of this exercise, it is clear that Lord McNally sees downsides as well as upsides to openness and that it could lead to restrictions as well as extensions to freedom of information.

One issue to be explored is the right ministers currently have to veto tribunal decisions that material should be disclosed. Before the election the LibDems proposed removing this.

He says: "In principle I'm still in favour of abolishing the ministerial veto but I understand that other things may have to be given in exchange."

He hints that this quid pro quo could be an absolute exemption for cabinet papers, which can currently be released if it is considered that would be in the public interest. At one point the Labour government planned to introduce this, but then decided against it.

The two instances so far of the ministerial veto being used were both to protect the secrecy of cabinet records, which the information commissioner or tribunal had ordered should be disclosed.

"Even as an enthusiastic FOI'er, I recognise there is a countervailing argument," says Lord McNally. "There has to be some private space for discussion within government."

"I want the committee to take evidence from ministers and public servants on whether there is a Post-It note effect."

He also wants to see more analysis of the pattern of FOI use. And there is another concern he thinks should be examined, the administrative cost for public authorities, or "Has FOI placed an extra burden out of proportion to the public good?"

"Post-legislative scrutiny should look at the international comparison and whether modest charging would have an effect and would it be beneficial," he adds. Any mention of charging for FOI requests will be particularly alarming to freedom of information campaigners and also to the Information Commissioner Chris Graham, who has come out strongly against this measure which was adopted some years ago in Ireland.

It's all a matter of balance, argues Lord McNally. "There has to be a balance between an insatiable right to know and allowing public services to get on with the job they have to do. It's an interesting point where legitimate scrutiny stops and being a nuisance starts."

However he is happy to accept that one inevitable consequence of FOI for government is to make it easier for political opponents to find evidence to criticise you with. "In ten years' time I hope I'm not as cynical as Tony Blair", he proclaims.

Finally he is keen to stress his confidence in the Information Commissioner, Chris Graham. "I hope that's demonstrated by the movement of more power and responsibility to him".

He would like to give the commissioner's office more independence from the Ministry of Justice. "I'm someone who wants to see Parliament take responsibility for bodies like that, but governments, coalitions, departments are a matter of agreement."

And doubtless it would be very interesting to read about the current deliberations within the government on all of this in their search for agreement. But Lord McNally leaves it there, and a freedom of information request is unlikely to obtain the policy papers and minutes of meetings, let alone the sticky notes, which would reveal the full detail of the internal discussions on FOI policy.