Data on salaries and sentences 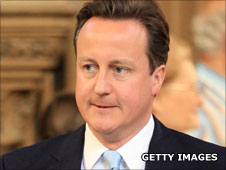 I've discussed some of these topics before, such as the Treasury's Coins database on public spending and public sector salaries.

It will be interesting to see the effect of the measure to publish salaries of most senior civil servants earning over £58,200 a year. My guess is that it will result in much more upward pressure on pay than disclosing all salaries. Doubtless, many officials will be surprised and annoyed to discover how much less they are paid than some colleagues, without becoming equally surprised and just as pleased at how much more they are paid than certain others.

Mr Cameron says that in the brief period since he became prime minister, he's noticed how much information is kept private for ministers and officials alone. And I have to say that I do often find puzzling the discrepancies between material which is openly available and similar data which is not released.

Take the performance of judges, for example. If you're interested in which English and Welsh judges are passing sentences later overturned as unduly lenient, there's a detailed spreadsheet here [24KB PDF]. This information has been voluntarily issued by the government for several years. But what if you want equivalent comprehensive data about sentencing which is overturned on appeal as too harsh? Here the situation is completely different.

In 2008 the BBC asked the Ministry of Justice for this material as an FOI request and was turned down. That refusal was recently upheld by the Information Commissioner [64KB PDF].

The commissioner dismissed the MoJ's first argument that it did not "hold" the requested information because it would have to run a new report to extract the data from its database. But he accepted the ministry's other argument, that even if it did "hold" the information, it was exempt from disclosure as consisting of court records which are not covered by the Freedom of Information Act.

So although the information on lenient sentences has been willingly published, the government can't be forced under FOI to publish the same material on severe sentences.

There's plenty for Mr Cameron to turn his mind to in the field of opening up data.