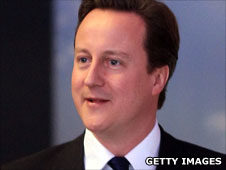 I know this because it's publicly available information. The David Camerons are just two of the 1.5 million public employees in New York state - from school bus drivers to secretaries - whose salary details are accessible in searchable databases obtained via FOI and posted online by the Empire Center for New York State Policy, a free enterprise lobby group.

The state of Idaho doesn't seem to employ anyone called David Cameron, but it has lots of staff with the surname Cameron - from a custodian (caretaker) paid $8.46 an hour to a research engineer on $40.36 an hour. Again their pay rates, along with those of Idaho's public employees with other names, were obtained from public authorities and can be found at the website of a local organisation, Our Idaho.

Similar sites have caused controversy in some parts of the US, but their existence illustrates how strikingly different cultural attitudes to personal privacy can be found in different countries. To many people in Britain it would be an unjustified intrusion into the personal circumstances of ordinary rank-and-file public sector workers.

The availability of this data for all state employees of whatever status certainly goes well beyond the proposals announced on Friday by David Cameron (the leader of the Conservative Party, not one of the New York school pair).

As part of a drive towards greater openness in local government, he wants councils to have to reveal the name, post and remuneration of all staff earning over £58,500 annually. Labour's policy is to introduce this requirement just for those paid over £150,000.

Where to draw the line between personal privacy and transparency in public finances can be a difficult matter. And there are other countries which go much further than even the US does.

In Norway, people's tax payments are publicly available - not only for public employees, but everyone. So if for example you go to the search facility set up by the Norwegian newspaper Aftenposten, you can find out that there are six Norwegian taxpayers named David Cameron and you can discover their annual income, tax paid and wealth.

A Norwegian journalist once told me that it's accepted in Norway you have a right to know what your neighbours are paying in tax, so that you can check they're contributing their fair share towards public funds.

However, this is a level of openness in public finances and parallel intrusion into private finances which is way beyond anything David Cameron or any other British politician is likely to suggest (and I wonder what Lord Ashcroft would make of it?).