Nobody could have predicted back in 2000 that a format of the game designed to capitalise on long English summer evenings could have mushroomed into the same format that has Bollywood superstars falling over themselves to get involved with.

But if the Noughties will be regarded as the decade in which cricket discovered Twenty20, it's also coming up to the 10th anniversary of Bangladesh's bow as a Test-playing nation. Their record reads like this: played 64, won three, drawn six, lost 55.

It's not exactly the most compelling run of results. And if we really wanted to twist the knife we could attach some mighty great asterisks to those three victories.

The first was against a hopelessly green Zimbabwe side who had eight players aged 21 or younger. And their two wins in the Caribbean last year were achieved when 13 top West Indians went on strike. 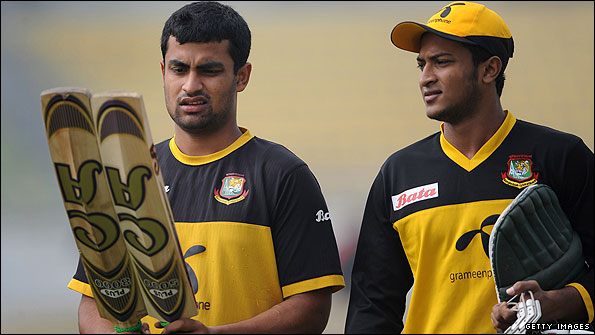 But whereas the inexorable rise of Twenty20 has come out of the blue, Bangladesh's struggles to gain a foothold on the Test ladder in their first decade of five-day cricket have been more predictable.

New Zealand spent 26 years lurching from one defeat to another before registering their first Test victory, while India took 20.

Test cricket is an attritional game. It is no good dominating for a couple of sessions or even a couple of days. You can work desperately hard to forge a match-winning position and then fritter it away with a couple of silly shots or a shoddy hour of bowling.

Frustratingly for the romantics who yearn for giant-killings it just hasn't quite happened for Bangladesh. They so nearly humbled Pakistan in 2003 only for Inzamam-ul-Haq to tear up the fairytale script in his hometown, Multan.

And Australia were hurtling towards a dramatic defeat in Fatullah in 2006, whereupon Ricky Ponting hit a spoiling century as Bangladesh's long-suffering spinner Mohammad Rafique appeared to be circling for the kill.

I asked Dav Whatmore, about to embark on his first season at the helm of IPL glamour team Kolkata Knight Riders, to reflect on Bangladesh's decade, and found him frustratingly guarded. Whatmore was Bangladesh coach from 2003 to 2007 when they are generally acknowledged to have made significant progress, particularly in one-day internationals.

They famously triumphed over Australia in Cardiff during that period, before dumping India out of the World Cup in the Caribbean in 2007 and beating pre-tournament favourites South Africa in the Super Eight stage. 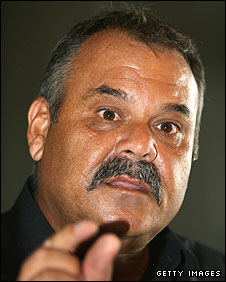 Whatmore left after what appeared a breakthrough tournament for Bangladesh, but the team have not really picked up and reached the next level since then.

However he is reluctant to make general observations about the team, sensitive as he is to the negative criticism which he believes does them no favours at all.

If there is one mantra that he clings to it is this: "I would really, really hope that the Bangladesh Cricket Board will ensure their domestic competitions are as strong as they can possibly be.

"I'm a big, big believer that the national team is a product of what you do domestically. Bangladesh needs a good, vibrant one-day competition, a strong four-day competition, and the Twenty20 game should also be looked after."

My e-mail to the BCB requesting an interview with current coach Jamie Siddons went unanswered, so I contacted the popular, long-standing fans forum banglacricket.com to get a view about the current state of the game.

Editor Razab Quasem Chowdhury gave me an excellent assessment. "I think Bangladesh has the wherewithal to be a mid-range power with the occasional season on top," he says.

"We will never have the money, talent-pool or first-class infrastructure of an India, Australia or England but given the enthusiasm for the sport I can see us easily being consistently a number four or number five in world cricket."

Four players to keep an eye on, he says, are Tamim Iqbal, the 20-year-old left-hander who hit 125 in the first one-day international against England, skipper Shakib Al Hasan, ranked the third best bowler in ODIs, wicketkeeper Mushfiqur Rahim and fast bowler Rubel Hossain.

"They will carry the flame for us," says Chowdhury. "The main reason is their mental maturity. They are the first generation of cricketers who were 'born' into Test-hood in that Bangladesh was already a Test-playing country in their formative years. "As such they are more able to handle the mental demands placed on an international player."

Even if its slow, low pitches are not conducive to getting the most out of young fast-bowling prodigies, Bangladesh should have enough going for it to make a serious fist of being a top player in world cricket.

Though football is making a comeback, cricket remains the number one sport for this densely-populated nation bordered on three sides by India, the uber-power in cricket. And the talent pool that comes with having 160 million inhabitants, around 40 times more than New Zealand, should also be a positive factor.

The game also has a rich pageantry in the country, the capital, Dhaka, having staged seven Tests hosted by Pakistan between 1955 and 1969 before Bangladesh's independence was established in 1972.

And yet, the money from the ICC and broadcasting companies is still not filtering through to where it should. Chowdhury tells me facilities at the local clubs remain poor, with concrete pitches dominating, while in the cities there is not enough green space to cater for demand.

More encouragingly, he says youngsters from all backgrounds are encouraged to play - and it must help that in Shakib they have an ideal role model, a boy who did not hold a cricket ball until he was 15 and whose first experience of the game was on patches of waste ground in his hometown, Magura.

Cricket is considered an aspirational goal, a viable profession. Parents, says Chowdhury, are thus less likely to try to prevent their children from pursuing it as a career choice.

But, like many posting on his message-boards, he wants the game's administrators to do more, and not just those within the country.

"We would like the Indian board to be better stewards of the game. The top two first-class sides in Bangladesh should be invited to perform in an Indian first-class tournament, with perhaps top sides from Pakistan and Sri Lanka invited as well.

"We also need way, way more A tours to close the gap between our feeble first-class standards and the big leagues."

"Hear Them Roar" proclaims the banner at the top of the BCB's official website. For 10 years it's been largely quiet whimpering in the corner, but nobody should give up hope that one day Bangladesh will deserve to be called the Tigers.