The few acres of turf that will decide whether the famous urn is kept by Australia or regained by England are already steeped in Ashes history.

In 1880, The Oval was the scene of England's first home Test match, it staged the game two years later which led to the creation of the Ashes, witnessed England's massive score of 903-7 in 1938 and, a decade later, Don Bradman's duck in his farewell appearance.

And, of course, for many English cricket fans, memories of Kevin Pietersen's century four years ago which saw the urn regained (sparking open-top bus celebrations and a liberal sprinkling of gongs) always brighten the mood when times are gloomy.

But how do you win a Test at The Oval? The ground has a reputation for being something of a nightmare for bowlers, and that has been the case again this summer - with all four Championship matches drawn. 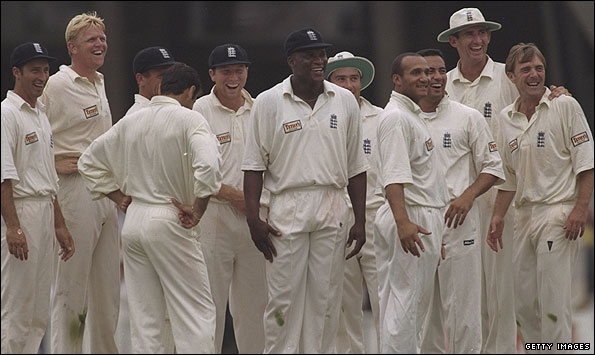 The most recent of those saw Leicestershire, the bottom club in Division Two in the County Championship, amass 593-5 before hosts Surrey nonchalantly cruised to 608-4. And in the match before that, Kent replied with 620-7 after Surrey had made a mere 386 all out.

In order to listen to this content you need to have both Javascript enabled and Flash installed. Visit BBC Webwise for full instructions. If you're reading via RSS, you'll need to visit the blog to access this content.

But there was, equally, a fascinating match back in May when Middlesex, with two wickets in hand, needed three to win off the last ball but managed only one. And at the very start of the season, a match involving Gloucestershire would almost certainly have seen a result were it not for rain wiping out almost half the overs.

Paul Sheldon, Surrey's chief executive, told me that the Championship wickets are flatter than the Test ones, because they don't have quite as much loving care bestowed on them by the club's award-winning groundsman Bill Gordon.

A man who shuns media interviews, Gordon always gets a full week to prepare an Ashes wicket and Sheldon confirmed that bowlers would have to work hard for their wickets in the Ashes decider.

"What we try to do in consultation with the ECB is to produce a wicket that favours the batsmen over the first couple of days and then spins towards the end of the match. It's flat. It's a good, fast batting wicket. You have to bowl well to get wickets at The Oval.

"It never swings prodigiously. A good bowling side will hope to bowl a good batting side out for 450," he said.

But has the pace gone?

"A lot of people say it hasn't. The thing is there haven't been any really, really quick bowlers who have worked up a head of steam since Devon Malcolm in 1994. I wouldn't have thought we would be picking two spinners," Sheldon added.

Ah yes. Malcolm, that most enigmatic of quick bowlers who could frequently drive captains to distraction, was an irresistible force against South Africa that day, taking 9-57 in a memorable victory.

Looking back at past Test results at The Oval one does not see draws dominating the archives - far from it. The nine Tests in SE11 played this decade have produced just three stalemates, while in the 1990s there were just two Tests in 10 that failed to produce a result.

The cricket played may not always be the most competitive because The Oval tends to stage the final match in a series, and that can often mean a "dead rubber".

But ignoring that small issue, it is encouraging that England's own record at the ground is pretty good, with just one loss in this decade (against the 2001 Australians) and a 15-6 lead in Ashes Tests - including the relatively recent successes of 1985, 1993 and 1997.

Perhaps the most significant recent result that must give heart to this year's team - especially Andrew Flintoff, James Anderson and Steve Harmison, who were key figures in the side - was the astonishing win, again over South Africa, in 2003.

Graeme Smith's men batted first and were 345-2 with 12 overs to go on the first day, but England turned the match around so dramatically that they won by nine wickets - and this was no dead rubber.

One of the great fascinations of watching, and presumably playing, Test cricket in England is the very different challenges offered by the various grounds.

In the run-up to Headingley, we were told not to get seduced by past stories of the bowlers dominating, that the ball did not really swing as much as it once did. But the England batsmen were shot out for 102. Why? Poor technique in face of excellent Australian swing-bowling.

But this time, unless something very odd happens, swing will not be a key factor.

Backing up Sheldon's observations, The Oval has rewarded bowlers in the past, but rarely the swing merchants. It's more the out-and-out pacers (Michael Holding, Dennis Lillee, Fred Trueman and Malcolm) and the spinners (Jim Laker, Tony Lock, Shane Warne) who have held sway here.

Batsmen generally get good value for their shots, but they must display a strong technique for dealing with well-directed short-pitched pace-bowling, or pay the consequences. 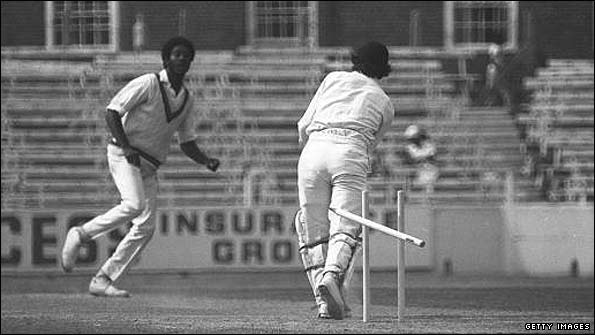 In a classic scenario, a team looking to win at The Oval would want to bat first - as England have done in their past four Ashes successes here - post a score of at least 500, and aim to do enough with the ball to secure a lead in excess of 100 at least.

More solid batting in the second innings could set up a tricky declaration, and during days four and five you would expect the spinners to come into the game, exploiting a wearing surface that has dusted up, a few footholes to pitch the ball into and trouble the left-handers, and force victory that way.

There are unlikely to be sessions of play, as there have been in three of the four Tests played to date, that wickets will tumble in a heap. But as long as there are no significant rain interruptions, teams should still assume a positive result is more than a possibility.

England must try to believe it's the right sort of positive result, that they possess more of the right type of bowlers in Flintoff, Harmison, Stuart Broad and Graeme Swann than Australia.

If that's the case, and if - to use a modern cliché - those bowlers "execute their skills" correctly, then England's chances of winning back the urn may not be as improbable as the performance at Headingley suggested.