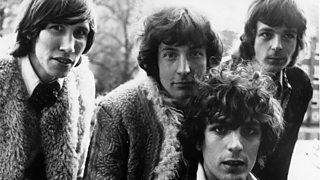 At 10pm on Bank Holiday Monday (August 26) BBC Radio 2 will be broadcasting a landmark new play written by Sir Tom Stoppard to celebrate the 40th anniversary of Dark Side of the Moon.

Not wanting to miss out, we’re joining in the fun with an extra special Now Playing, where we want you to help us create the Ultimate Pink Floyd Playlist.

Our show will simulcast on BBC Radio 2 and 6 Music from 8pm for two hours, right before Darkside is premiered - which boasts Bill Nighy and Rufus Sewell amongst the cast – and we need you to help us pick tunes worthy of such a prestigious playlist.

Dark Side of the Moon has not only one of the most iconic album covers of all time, it’s also a record that has helped define the band as well as the era, and has since been cited by a number of leading musicians and acts as one of their biggest influences.

So what must be included in such a playlist? Only you can decide:

You pick the music. The ways you can get in touch are by commenting on our blog or Facebook page, by Tweeting using #Darkside, adding a track to our collaborative Spotify and Rdio playlists or by emailing us at nowplaying@bbc.co.uk.

And to give you a taster of what to expect from Darkside after The Ultimate Pink Floyd Playlist wraps up, check out this amazing trailer especially created for the BBC by the Oscar-winning Aardman Animations.