#Blog6Music - Disclosure named as 2013's most blogged artist in the world 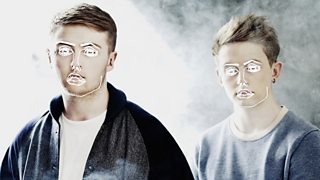 After an incredible six months which has seen them pick up their first Top 3 single with White Noise and a debut Number 1 album, we exclusively revealed Disclosure as the most blogged about artist in 2013 so far.

Thanks to data gathered together by Hype Machine – a website which indexes 850-music blogs – the Lawrence brothers beat off competition from the likes of Justin Timberlake and another electronic music duo, Daft Punk, who have both made huge comebacks in 2013, as well as the likes of Foals, The xx and James Blake.

Guy was very humble after hearing news of this latest accolade to have been bestowed upon them and also thankful for bloggers and blogging – although he admitted the pair don’t read them themselves.

And if you want to see who bloggers named as the under-hyped artists of the year then head here.