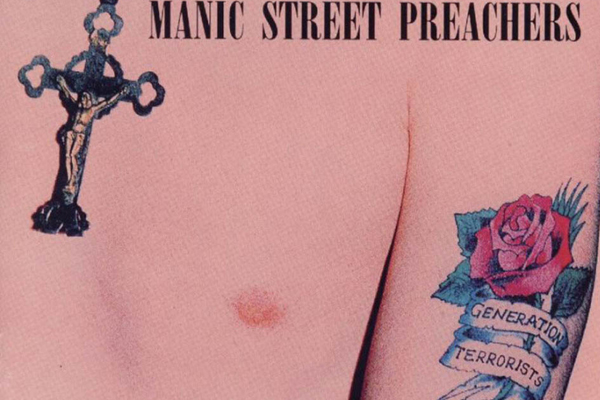 Twenty years ago Manic Street Preachers released their debut album Generation Terrorists. Its blend of buzz -saw guitars and political sloganeering launched the career of one of Britain's most successful alternative rock bands and got everyone talking when they told the music press that it was going to sell a million copies after which they'd promptly split up.

Thankfully they didn't keep their promise and the Manics have gone on to be one of the most influential bands of the last two decades. This Sunday on Now Playing we want you to help us celebrate their unmistakable impression on British music by creating the Ultimate Manic Street Preachers Playlist.

So when you think of James Dean Bradfield, Nicky Wire and co - what instantly springs to mind?
* Is it one of the band's classic singles or one of your favourite B-sides or album tracks?
* The band's inspirations, like The Clash, The Smiths, Iggy Pop or The Jesus and Mary Chain
* Bands that the Manics have covered such as Primal Scream, Guns N' Roses, Nirvana or The The
* Acts that have remixed The Manics - perhaps David Holmes, Chemical Brothers and Massive Attack
* Collaborators and conspirators from The Cardigans' Nina Persson to Gruff Rhys via Shirley Bassey... Oh and don't forget Kylie.

It's up to you - to get involved leave your suggestions below, post them on our Facebook page, Tweet them to us using #Manics6Music, e-mail us or add suggestions to our collaborative Spotify playlist. And remenber, if you're a Manics fan it'll be the music you love for two hours on Sunday from 6pm.