Further to my post yesterday I note the prime minister's words on the impact which the death of Bin Laden will have on the withdrawal of British troops from Afghanistan. 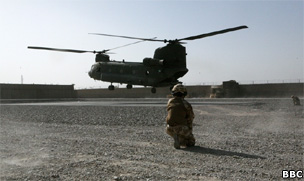 More significantly he stressed the possibility of a political deal with the Taliban rather than a military defeat.

"If we can therefore get a political reconciliation in Afghanistan, persuading the Taliban that now is the time to achieve the goals they have through political means rather than military ones then we could get a more rapid solution"

Mr Cameron was quick to deny he was looking at an earlier withdrawal, but nevertheless the political clock on our involvement in Afghanistan is ticking a little faster.