Reading between the headlines

On the morning after the Budget before I was struck by the chancellor's sobering tone. George Osborne has secured the headlines he wanted - welcoming the fuel duty cut, the tax cut for business and the return of the world's biggest advertising group, WPP, to Britain. 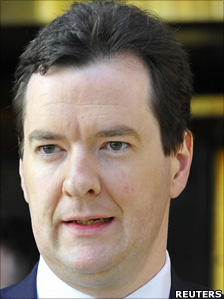 However, the upheaval in the Middle East, the continuing instability in the eurozone and growing resistance to spending cuts at home will soon wipe those from the memory.

If the world oil price continues to soar, Portugal has to be bailed out and hundreds of thousands take to the streets this Saturday to protest the chancellor's problems will only just have begun.

Osborne had to strain every sinew simply to limit and postpone tax rises on fuel rather than to scrap them altogether. In six months time he may face demands to do it all again. Added to that there will, no doubt, be calls to stop closures of hospitals, libraries, Sure Start or to reverse other tax rises and benefit cuts or to help this or that industry.

So far much of the talk about spending cuts, benefit curbs and tax rises has been just that - talk. People will really begin to notice the Treasury squeeze at the beginning of the new financial year on 6 April when many of the changes kick in. In the weeks and months after that the spending cuts will begin to be felt.

No wonder the chancellor's sounding sober. No wonder Labour are gambling on it all going wrong.