I have now learned that the migration cap that the home secretary will announce today will actually be lower than 43,000 because it will exclude senior staff transferred to Britain by their companies. However, I'm told by Home Office sources that if you add the number of senior staff who entered the UK last year to the new cap you do, indeed, reach a figure of 43,000. 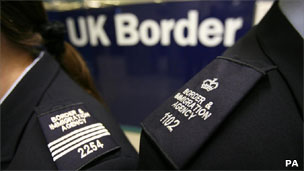 This was the highest figure recommended by the migration advisory committee which included so-called "intra-company transfers" in their recommendations. The government's decision to exclude intra-company transfers means that next year's figure for the number of skilled migrants entering the country could be higher or lower than 43,000. It could be higher or lower than the number who came in last year. It means that, in effect, there is no firm cap on skilled migration since the numbers entering the country will depend on the decisions of companies about how to deploy their staff.

The so-called immigration cap was always rather less than it seems. Immigration from within the EU cannot be capped. Migrant workers were only ever one of four immigration flows into the country - the others being students, family members and illegals. Now, we learn that the cap on migrant workers is only a cap on certain categories of workers.

Am I being too cynical to think that ministers would like a headline figure which sounds like a dramatic cut when, in fact, it isn't?

PS. This is not to suggest that this government is not limiting immigration. Its proposals have been welcomed by the hawks at Migration Watch. In the next few weeks they will publish proposals to cut the number of students on below-degree-level courses coming to the UK - the number last year was 160,000.

Update 1420: I await the home secretary's statement with interest. The latest I'm told is that 43,000 is equal to the new cap plus last year's level of intra-company transfers. However, the tougher policy for ICTs to be unveiled this afternoon means that the figure will be lower.