Gordon got it wrong

Concede and move on. That was always the mantra of Team New Labour when something went wrong. 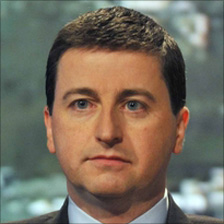 Interesting then that Douglas Alexander has just delivered an important speech about what has gone wrong for Labour on the economic argument. In it he concedes that his old boss and mentor, Gordon Brown, got it wrong on the politics of the deficit and made it look as if Labour were in denial about the need to cut public spending.

His key quote is that:

"[R]epeated refusal by some to use the word 'cut' for many months after the global financial crisis and the repetition of phrases like 'Mr 10%' gravely damaged voters' confidence that we got it...too many people still got to polling day with the impression that Labour preferred to talk about familiar political dividing lines rather than future policy consequences."

The person who refused to use the word "cuts", labelled their opponent "Mr 10%" and preferred to talk about dividing lines lived in No 10.

"We got the recession response right, and yes that meant a temporarily higher deficit, but the politics wrong in leaving the impression that we were too unwilling to talk about the consequences of our decisions.

"I believe that the label of 'denial' was defied by the fiscal plan laid out by Alistair...In making the right judgements during the crisis, we saved the taxpayer from the untold cost of a recession turning into a depression. But, as with every important choice you make in government, there was a price to be paid - the public got that and they were worried that we didn't."

In terms of "moving on" Douglas warns that the experience of the United States where there's been a "jobless recovery" could be repeated here and notes, interestingly, that that was one of the causes of the rise of the Tea Party Movement.