A break from the past

So the new leader of the party formerly known as New Labour is to condemn the Iraq war. 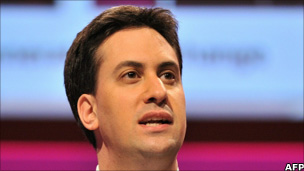 His planned speech declares that it was "wrong" to invade and, as Labour leader, he had to be honest with the nation and say so. "Wrong because that war was not a last resort, because we did not have sufficient alliances and because we undermined the UN."

This is no huge surprise. Ed Miliband has consistently said at hustings that if he had have been an MP in 2003 he would not have voted in favour of the war. In a letter to Lib Dem voters, he said "I believe the argument is being conclusively won that we must recognise the profound mistake of the Iraq war."

However, it is significant that it is being said from Labour's conference stage by their leader and is something David would not have said.