The truth about Lord Ashcroft's taxes

At last. The truth is out. The man who's bankrolled the Tories for much of the past decade and has consistently refused to answer questions about his tax status has finally come clean. Michael Ashcroft is a "non-dom" - in other words he's not been paying British taxes on his non-UK earnings throughout the time he's been central to the Conservatives campaigning. 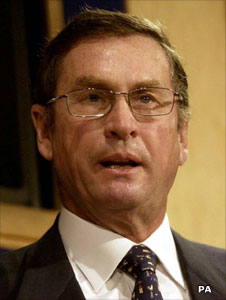 Why, some will ask, does this matter? The answer is that Ashcroft is one of the biggest ever donors to a political party. Not only that but he now sits at the centre of the Tory election campaign directing his own, as well as other people's, money into a carefully targeted effort to win the marginal seats. Furthermore, he often accompanies the shadow foreign secretary William Hague on foreign trips.

Since foreign donations to political parties are banned, the Tories' opponents and the media have long sought an answer about Ashcroft's tax status. They've been met by Ashcroft's insistence that he's entitled to privacy and the party's baffling repetition of the line that he had assured them that he had fulfilled the assurances that he gave to William Hague when he was made a member of the House of Lords in 2000.

Now we know the reason for this obfuscation. In 2000, Ashcroft promised Hague that he'd take up permanent residence in the UK - as against Belize where his business interests are and where he's always said his heart is. Everyone assumed that this meant becoming a full UK taxpayer. Ashcroft now says that after "dialogue with the government" he was told officially that this could be interpreted as meaning becoming a "long term resident", not a full UK taxpayer. The Conservatives refuse to say whether they knew about this clarification or not.

Questions still remain about Lord Ashcroft's donations to the Conservatives which are being examined by the Electoral Commission. Since foreign donations are illegal, one key judgement will be whether the company he uses to channels funds to the Tories is seen as a legitimate UK trading company.

Questions also still remain about his wider role. Conservative officials insist that Ashcroft has "no role and no influence" in shaping Conservative policy despite his presence at William Hague's side when policy is clearly being formed.

For years when senior Tories were asked about Michael Ashcroft in private they have shrugged their shoulders and said "you know what he's like". What they mean is he's stubborn, fiercely protective of his privacy and unwilling to bend to the demands of those he sees as his enemies.

David Cameron's response to the questions about him has been to reduce Tory financial dependence on him; to promote a change in the law to bar non-doms from sitting in Parliament and, I assume, to tell him he'd be better outing himself before Freedom of Information or journalistic enquiry did it for him. Lord Ashcroft hints this morning that he's about to change his tax status so that he can stay in the Lords.

Labour MPs have long obsessed about the man they accuse of trying to buy an election in a country in which he does not even bother to be fully resident for tax purposes. Their attack is blunted somewhat by the fact that Gordon Brown made Sraj Paul - a Labour donor and non-dom - a peer and a member of the Privy Council.

An investigation by The Independent this weekend appears to give ammunition to both sides in this argument. It claimed that Ashcroft's Tory HQ operation had channelled large sums into fighting campaigns in marginal seats - £6m over two years. However, it also showed that £5million of that had been raised locally.

When it comes to Ashcroft - you pays yer money, or rather he does (and lots of it) and you make your choice.