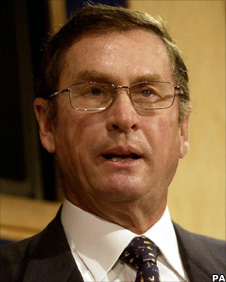 Sources have told the BBC that the Electoral Commission has cleared as "legal and permissible" donations made by a company Lord Ashcroft controls, Bearwood Corporate Services.

The report, expected out later today, will be read carefully however for any possible criticisms.

I understand that, contrary to internet rumours, Lord Ashcroft is not resigning as deputy chairman of the Conservative Party.

Update, 12:20: We've been waiting many, many months for the outcome of the Electoral Commission's investigation into donations to the Conservative Party by a company called Bearwood Corporate Services which is controlled by Lord Ashcroft.

Doubts have been raised about the legality of those donations, the suggestion being that they might have been used to channel foreign money, in effect, to the Tory party against the law that bans that.

I have been told that that investigation, which will be published later today, will clear Lord Ashcroft's donations, clear the Conservative Party and that those donations will be described as "legal and permissible".

Now of course this is a detailed study that has taken around 18 months. There will therefore be a lot of careful study of the language that the commission uses because, although the donations may be legal, people will be very keen to know if the commission has any criticism in the report.