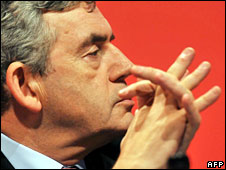 The prime minister has, finally, confirmed that he is willing to take part in a prime ministerial debate on TV ahead of the election. Now all that remains is to agree the details. This could be easier said that done.

In a message to his party on Labour's website, Gordon Brown makes clear that he wants a series of debates on specific subjects - the economy, public services, foreign affairs - to take place around the country starting as soon as possible, ie before the election campaign. He signals his desire for public involvement and argues that there should be a parallel series of debates involving senior ministers as well.

Mr Brown does not mention the involvement of Nick Clegg but, as I wrote last week, he's said to be keen to go head to head with Mr Cameron and to be prepared to agree to debate with Mr Clegg on his own in order to allow that to happen. 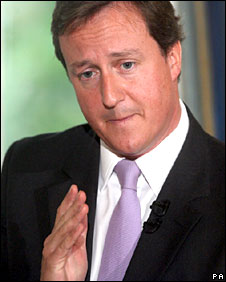 Up till now Team Cameron have favoured a single debate during the election campaign, although I reported last week that they would agree to an earlier one providing the details could be negotiated. The Tory leader has always argued for the involvement of Nick Clegg in a three-way debate.

The two parties' positions stem from their analysis of their own positions. The self-proclaimed "underdog" wants as many chances as possible to reveal the weakness in his opponent's policies. He prefers to be asked questions by the public than the media as he regards them as less hostile. He wants to travel away from London to places where he believes Labour is stronger. What's more he wants a series of debates between the chancellor, home secretary, foreign secretary, etc and their shadows to expose what he sees as the shallowness of the Tory team.

David Cameron is sure to be cautious about this since, as the front-runner, debates represent a risk. He's likely to argue that the more debates there are, the less public interest there will be. He'll welcome the presence of Nick Clegg in a debate with Gordon Brown hoping that in the search for Labour seats Mr Clegg would join him in attacking the prime minister. He's likely to argue that a three-way debate is fairer and less likely to be challenged legally. 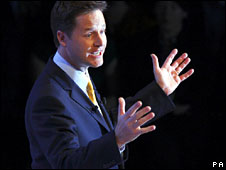 Thus, we come to the broadcasters. Yesterday the BBC, Sky and ITV agreed that they favoured three debates - one for each broadcaster - to involve the three UK-wide party leaders. In their minds are their obligation to balance and fairness - not just to the Lib Dems but to the nationalists in Wales and Scotland as well. If mishandled this could be tested in court. The broadcasters are also concerned about levels of audience interest if the debates are to be broadcast on mass market channels - BBC One and ITV 1 - not just on news channels.

All this will have to be settled in tricky negotiations. I wonder if Senator George Mitchell's free?

However, TV debates now look more likely than ever to happen since all sides have declared their willingness early enough for the details to be hammered out before the campaign makes compromise impossible.