Norwich: Surreal. I have just watched the leading candidates in this week's Norwich North by-election lavish praise on the MP who was forced out after being accused of abusing his expenses. 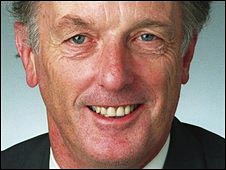 The Labour candidate said: "he was fantastic, a great bloke". The Tory described him as "great" and praised his independence. The Lib Dem said: "that Norwich needed another MP just like Ian Gibson".

Just a reminder: Mr Gibson has not died, he has not emigrated and he has not decided to spend more time with his family. He resigned when the Labour Party's star chamber declared that he could not represent them at the next general election.

Thus the first by-election to be triggered by the great MPs' expenses scandal is the contest to claim the mantle of the only man who has resigned after stories had appeared about him. As I said - surreal.