'Riots on the streets'

An inadvertent glimpse this morning of what David Cameron fears and is preparing for. 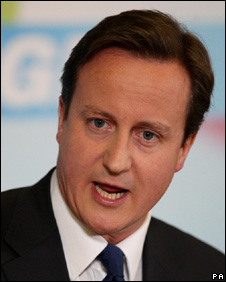 His own words at his news conference: "riots on the streets".

This is what he said would follow if the next government made public spending cuts having failed to prepare the public for them. And that is what he says the government is failing to do and used every word for dishonest other than "liar" to describe the prime minister.

It is also a glimpse of what Labour has been hoping for. They are counting on the fact that the public will come to associate cuts and their consequences with the Conservative party. They hope that, if the economy recovers before the next election, voters will regard cuts as ideological rather than based on economic necessity or good house-keeping.

Whoever correctly judges the public mood on this issue will hold the key to winning the next election.