An equality of shame?

The relentless quantity, speed and complexity of the revelations about MPs' expenses have, between then, tended to produce a kind of "equality of shame". 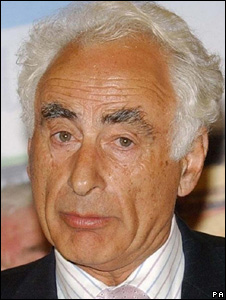 That said, it would be impossible - as well as invidious - for me to draw up some sort of league of shame, though those putting in claims for money they hadn't actually spent would surely top the list.

I'm struck by how it is often not the amount claimed, but the list of items claimed for that has caused the greatest outrage - whether trivial (bath plugs or dog food) or extravagant (moats and duck islands). My colleague Stephanie Flanders has written more about this in a post called Count it, don't follow it.

This led the retiring Tory grandee Anthony Steen - who under-claimed his allowance but did claim for a forester to tend to 500 trees - complaining that he'd suffered for being too transparent, and that he would have been spared a lot of grief if he'd simply claimed thousands of pounds in mortgage interest (as, say, his leader has done).

The very presence of an MP's name in the paper or face on a screen can lead to an assumption of guilt even if no guilt is proved. This is producing near despair amongst some in the Commons who are beginning to question why they and their families should suffer the pain and humiliation of public exposure when they weren't doing anything wrong. (See also Martin Rosenbaum's post The state of FOI.)

However, MPs who have held public meetings or given interviews and explained their claims have found that after the initial exposure of anger, they get a fair hearing.

I am going to be away for the next few days of revelations.

It will be interesting to see whether people will begin to distinguish between those who claimed for what they needed to live in two different places to serve their constituents, the careless, the greedy and the outright offenders.