Britain deplores torture, the prime minister has always insisted. Yet today the police are being asked to investigate whether an MI5 officer was complicit in the torture of the former Guantanamo Bay prisoner Binyam Mohamed. 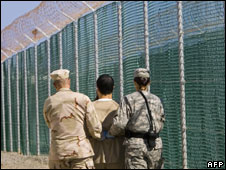 I understand that ministers are concerned there could be more allegations that British agents have been complicit in torture and even for the possibility of more police investigations. That is why the prime minister recently set out Britain's approach to torture and promised to publish the guidelines given to the security services.

Recently the intelligence and security committee of the Commons handed Mr Brown a report on the matter.

I'm told that during their enquiries, they asked one senior security official which countries it would be safe for Britain to send prisoners to if we wanted to be sure that torture was not being used. He paused for a long time and then with a smile answered Switzerland.

This investigation is going to ask some very awkward questions and its conclusions may not be comfortable.