The final cost of recession

If economists could manage to get themselves thought of as humble, competent people on a level with dentists, that would be splendid. So said John Maynard Keynes.

Substitute the word "politicians" for "economists" and the words could easily have been uttered by Alastair Darling - a man who's never minded being written off as grey or dull, providing that description's been accompanied by a tribute to his efficiency. 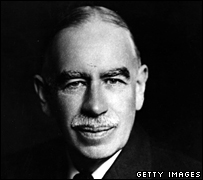 The chancellor's been spending rather a lot of time recently studying the views of the great economist. On Wednesday he will deliver a wordy and worthy lecture about the future direction of economic policy. It will mark the start of a critically important political debate about the role of government in helping the country get through a recession and about the bill that will have to be paid once the worst is over.

Within weeks Mr Darling will give his pre-budget report which will reveal the true scale of the carnage that the financial crisis and looming recession have wreaked on the government's finances. He will have to spell out then what he intends to do about it.

The noises in advance of both these important speeches have been decidedly Keynsian. "Much of what Keynes wrote still makes sense," Mr Darling declared recently.

This has spawned headlines declaring a return to an era of spend, spend, spend and suggesting that ministers plan to borrow their way out of recession.

Today the Chancellor will pour a little cold water on these stories - insisting that though he believes it right to borrow more in the short term, it is also right that that borrowing is reduced once the economy starts to grow again. Keynes, he argues, has been misunderstood.

The great man's message during the depression of the 1930s was not that governments should let spending rip - but they should not cut it in order to balance the budget. 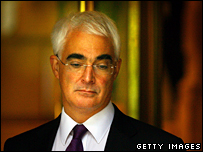 Having excited his party with talk of a new Keynsian economic policy, Mr Darling is now trying to reassure the markets that our old friend Prudence is just sleeping - and is not actually dead. Get that message wrong and not only might the pound slide further but also the Bank of England might react by stalling on interest rate cuts.

What then of Gordon Brown's much-vaunted fiscal rules - the ones that promised that borrowing would only be used for investment not day-to-day spending and that debt would never be allowed to become too big a share of the economy.

Ever so quietly Mr Darling will concede that they've been broken but promise that a new responsible fiscal framework will be put in their place. In other words, the fiscal rules are dead. Long live the fiscal rules.

The Tories mock all of this. They claim that Gordon Brown's a man with an overdraft not a plan - a man who is trying to repackage past failure to control spending and borrowing as if it's a strategy for future success. Since, they argue, the Treasury's cupboard is bare there can be no new economic policy and it is a con trick to pretend there can be.

Behind the scenes ministers are uncertain whether there's a change merely in presentation or in policy. One who's well connected makes this telling observation. The lesson that Gordon Brown's learnt from the past few weeks is to be bold and to make policy announcements big.

It's clear that the pre-budget report is still far from having been written. So what would a bold Brown do? Ministers are being asked to draw up plans to help the unemployed and those whose homes are being repossessed; to look at speeding up capital projects and to reprioritise spending in their departments.

Those options may not pass the test of looking bold or big. One thing would. A tax cut. This year the government has borrowed to cut taxes - on the £2.7 billion bail-out of the 10p debacle and the freezing of petrol duty. So, why not next year too?

One interesting political consequence is that the Tories could not easily endorse something they've already opposed as "fiscal conservatives" - borrowing to pay for tax cuts.