The markets, the public and Parliament are all waiting to see what emerges from the 5pm meeting of the PM, the chancellor, the governor of the Bank of England and the chair of the Financial Services Authority. How they must wish they lived before the age of globalisation, rolling news and the web. 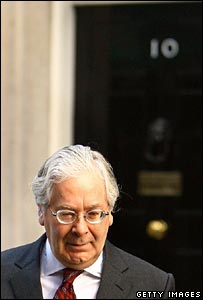 Gordon Brown is fond of recalling the story (told to him originally by Ed Balls) of a similar momentous moment in British economic history - the decision to devalue the pound - to illustrate how the pressures on politicians have changed. The Brown/Balls account turns like this:

On 29 July 1949, the cabinet met to decide that devaluation was necessary but did not act straight away because the Chancellor, Stafford Cripps, was convalescing in a Swiss sanatorium. The then Prime Minister, Clement Attlee, wrote a letter to Cripps and asked Harold Wilson, who was going on holiday nearby, to deliver it. Cripps told Wilson that no decision should be made until he returned to London. On his return, he spent a few days arguing unsuccessfully for delay. The cabinet confirmed its original decision on 29th August. The devaluation was not actually enacted until 18th September.

So, the 1949 devaluation decision took nearly two months. The 1967 devaluation decision took around three days. The 1992 decision to exit the ERM took just hours. If, and it is still an if, today's meeting decides anything on the same scale, the government will, in theory, have until first thing tomorrow morning to announce it - that's when the London Stock Exchange re-opens - but they'll have just minutes if they don't want any delay to impact on Wall Street or the Asian markets.

I say "if" because Downing Street insists that this is not an emergency meeting and was scheduled some days ago. We'll see...